So it finally happened! Google caught everyone that is buying and selling links and dropped their PageRank. The world is over and Google has taken over the internet. The time has come for all SEO’s to hang up their SEO shoes and move on to PPC, right? Or is it?

I have been trying my best to follow the myriad of hoopla going on on message forums and blogs in addition to follow the trends and patterns of sites that I follow in order to draw some educated conclusions on what actually happened and how it will effect websites and the SEO industry. I have composed a series of questions that average Joe Webmaster is asking right now.

Good question! I’m glad I asked. Back in early summer (of 2007), Google, through Matt Cutts and other employees publicly declared war on paid links. Specifically, they announced that according to their guidelines, website owners or webmasters cannot sell PageRank for the purposes of improving the organic ranking of other sites. This irked many people on the web who proclaimed that they are advertising to monetize their sites and Google cannot tell them what to do. Conversely, Google requested that such “advertisers” either declare their outbound ad links as paid (sponsored, supported, what have you), edit them with a nofollow attribute, make them JavaScript, or some form of other means of not passing PageRank such as a redirect.

In the meantime, Google was busy promoting their “report paid links” feature and collecting data from Webmasters and SEO’s who have been busy ratting out their competitors (each other).

A few weeks back, new broke that Google has devalued many directories that accept payment for links but offer no real value. They proclaimed that directories with a true editorial review were untouched, while those that simply sell links to anyone and everyone have been devalued.

This week, many others have reported some PageRank fluctuations. Many lost PageRank while some gained, yet others stayed the same—and the panic began.

What did Google really do?

The following is my opinion of what Google did. Over the last few months, I have found Google to be dramatically editing its main ranking algorithm. Search results have been unsteady at best with 2, 3, 4 page shifts from day to day for no apparent reason. Changes like this can usually be attributed to datacenter variances, but I do not believe that was the case. The results were too similar across multiple IP’s.

In case you don’t know, the Google Toolbar PageRank value is only updated every so often. In fact, until this recent one in October, the last one was in May, 2007. That means that the visible PageRank can be one value while the actual PageRank that Google uses is usually different and one that is much more granular than a 0-10 scale. So all of these changes have happened a while ago (and no one was in a panic) but once the visible PageRank started to show, everyone freaked. Why?

Google claims to not perform manual index adjustments, but it has been pretty well documented that they do. I believe they manually “adjusted” some of the more prominent sellers by docking them some PageRank, and thus potentially lowering their income from paid links since so many people buy links according to PageRank. Additionally, I think they used a combination of some algorithmic magic, paid link reports, and manual checks from employing half of China to detect some of the sellers and dock them some PageRank. I do not think buyers were affected.

Additionally, I believe an algorithm tweak has occurred that has devalued and reduced the PageRank of sites that participate in extensive reciprocal linking. I have seen this firsthand on sites that I frequent observe.

So to get back to why you lost PageRank: because the total PageRank on the internet was reduced and this caused a rain down effect on the rest of the sites that those sites link to. Its sort of like 6 degrees of separation: every indexed site is somehow linked to every other site. So when many sites had their PageRank reduced due to selling links and reciprocal linking, this reduction of total PageRank effected every site they are linking to down the line. Less PageRank for them means less PageRank for you—simple as that.

I don’t buy or sell links. Why did I lose my PageRank?

This has been one of the major underlying facets I’ve seen all over the internet this week. Everyone that lost PR thinks they were wrongfully tagged as buying or selling links and there is mass panic. I can bet that Google was flooded with reinclusion requests this week. What is there to reinclude? People have been literally freaking out over the loss of a PageRank point. They come from far and wide asking how to fix it before their house gets repossessed.

What if I sell links—what will happen?

It really depends how you sell them. Is selling links evil? No, in my opinion, it is not evil. I believe it is a form of advertising. Google asks that you declare them as paid links or apply an attribute that will not allow the passing of PageRank. The question everyone wants to know is what will happen if they sell links yet do not declare them as paid? Its hard to say, but it seems that Google has decreased the PageRank of some of them. Also, some sites that do declare their links as paid have also lost PageRank.

What if I buy links—what will happen?

There is a good chance that if they are good links, your positions in search engines will improve! Will you be hurt in any way? Probably not, but I would avoid buying links from sellers that clearly state that their links are all sponsored. I would insure that the link buying is progressive and natural using a variety of natural-sounding anchor texts from a variety of sites over a progressive amount of time. Many notable people in the industry such as Rand Fishkin and Jim Boykin have blatantly proclaimed that they have bought links for their clients in front of a panel of Google Engineers at conferences.

How can Google detect paid links?

They won’t say, nor will they confirm that they can. They have simply said that they may take action against sites that they believe to be selling links. One way I believe it is possible to detect un-proclaimed paid links is to analyze the outbound link neighborhoods. If a blog site has 5 posts on its homepage that are linking to sites about credit counseling, herbal Viagra, online bingo games, SEO India, and mortgages, its pretty easy to tell that those are sponsored reviews. If I can tell by looking at a site for 5 seconds, I’m pretty sure Google has the technical prowess to do this algorithmically.

Does it really matter?

No. I don’t think it does one bit unless you are a major link seller and you base your mortgage payments on that little green bar. In which case, I think it may be a good time for you to develop a new business model because this particular one may be coming to an end.

I do not believe PageRank to be a big ranking factor at all. In fact, I believe its main purpose is public relations (get it, PR?) and being able to get a major industry reaction with such actions. I believe PageRank plays a roll in denoting the importance of a page in order to allocate crawling resources. So in my opinion, PageRank is only important if you sell links or have a huge site with the need to efficiently distribute PageRank across your 450,000 pages.

It has gotten to the point of an obsession. Words like “doomsday” have been thrown around. To add to the hysteria, PageRank fluctuations can occur depending on the datacenter the user has hit. So people reporting a drop from PR5 to PR4 have been frantically removing links and putting nofollow attributes on their paid links to come back in an hour, hit a different datacenter and report a PR5 again. This does nothing but perpetuate the rumor of Google being able to detect all paid links. What is essentially happening is Google is getting all of these Webmasters to admit to selling links by tagging them as nofollow!

I bet Matt Cutts and everyone else are sitting back and having a good old laugh over all this. I know I am. If you think about it, Google has used its influence over the industry through the use of PageRank to send people into fear, panic, and raise their hands in submission by revealing their paid links. I don’t think anyone can really substantiate a drop in rankings or traffic due to this update.

As per Google’s recent announcement page experience is going to be a part of their ranking systems from mid-June 2021...

What are Core Web Vitals: Why This Ranking Signal Matters Google is known to make changes and updates in their search... 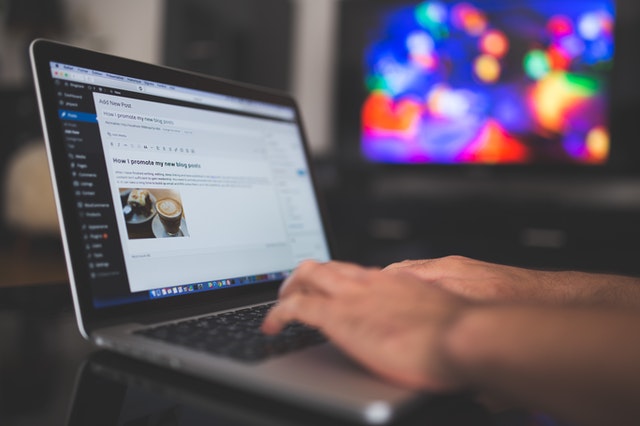 The digital world is buzzing with excitement (and apprehension) about Google’s May 2021 rollout of its latest algorithm...