Actually that’s just the tip of the iceberg.  But I think we should go back to the beginning of all of the fuss.  PageRank (my pet hate) seems to have started this.  A long time ago Google (I’ll assume the other search engines figured this out too) learned that many webmasters were sneakily modifying their websites to gain high rankings.  So they reverted to the “voice of the people”.  By counting links and more importantly the text within those links they felt they could better rank a web page.  The problem with this is that for some reason they decided to release the Google Toolbar with the PageRank value in it.  This surely changed SEO forever.  Well done Google, take a bow. *note the sarcasm* While they won’t let us in on any of their algorithm they will happily allocate out a very random value for the uneducated to obsess over.

So armed with a few green pixels, usually a few more than another website, webmasters suddenly had a tangible commodity to offer other webmasters.  After all, everybody wants to rank highly on Google, don’t they?  So if I have a website that is ranked 7/10 by Google surely that is worth selling a piece of?  So that’s exactly what webmasters did.  It’s a standard marketing tactic.  If I have a publication that’s seen to have some worth, be it number of subscribers or area of distribution, then the space on my publication is seen to be valuable.  Eventually that’s exactly what webmasters were doing.  Selling a piece of Google worth became a thriving business.  It was more than just SEO which is something you sell someone based on an idea and projected results.  This was something you could actually see.

This was suddenly a major headache for Google who realised that yet again their system was being gamed by sharp webmasters/brokers and other advertising agents.  So then we had the announcement that paid links were bad.  But how would Google know that links were paid?  Well they seemed to think that the algorithm could recognise that external links near the word “sponsor” or “paid” or even “ads” were paid links and discounted those links.  Again, great announcement to webmasters everywhere as they removed these statements off of their websites.

I have to point out that at this point I don’t see what the problem is.  If someone has a high valued website then surely selling advertising on these pages should be standard practice.  More often than not these links were marked as being sponsors.  This added prestige to these links as well as clearly informing visitors that these were sponsored links.  The fact that the search engines didn’t like this practice… oh well, so be it.

So right about now Google came out with their own standard, breaking every W3C law out there by adding the rel=”nofollow” attribute to the link tag.  As the search engine could no longer tell the difference between paid and legitimate links Google insisted that the webmasters flag these links.  Great going Google! Was this a public admission that the googlebot just wasn’t able to tell the difference?  So now webmasters had to either mark their links so that the algorithm would recognise it as a link to discount (because it wasn’t valid – despite being a genuine sponsor) or they would have to hide the link in a script of some kind (usually Java Script).

But as not all webmasters are honest this wasn’t going to be a foolproof plan.  So Google did the next thing they could think of, as webmasters to report paid links.  This turned any webmaster into a possible snitch.  Great for the very ethical Google, right?  After all, why would you let someone get away with cheating you?  Then again if it’s not hurting traffic/rankings then why not just copy what the offending webmaster is doing?

Google started visibly lowering the Toolbar PageRank that was visible to the masses on the websites that were identified as link sellers, threatening many others with a similar penalty.  However it is worth while noting that rankings haven’t been affected by these toolbar changes.  I guess the ranking algorithm doesn’t work off of the same algorithm as the PageRank one does.  Who really knows?  Matt Cutts?  Right now, I wouldn’t bet on that.

So it comes back down to a simple decision, do you buy/sell links or not.  If you buy links for the sole purpose of increasing PageRank then expect a penalty.  If you sell links watch out for a penalty.

However it surely is very difficult to truly monitor this one.  Some would argue that relevant links would carry more weight and that non related links won’t be counted as they would be seen as possible paid links.  But then it would be unfair for someone who is usually an SEO blogger to not be able to pass on any link strength to a website that sells a gadget that the blogger finds useful – even if it’s not SEO related?

What this all boils down to is one simple thing.  Google created a PageRank monster which fed off of all of these links.  Yet again we see a perfectly normal tactic used the past become branded “black hat” simply because the big boy(s) doesn’t like it.  While we watch the success of paid links and other shady SEO techniques you can’t help but wonder what Google (and let’s not forget the other search engines) will try next to keep the internet a free and fair space.

I would say, “Keep watching this space”.  I think things are due for a big shake-up in the near future.  When this does happen the paid links hysteria may seem like a storm in a teacup. 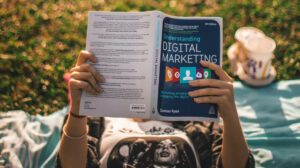