For all those Star Wars fans out there….a different take on the importance of blogging. By David Mercer. Republished from SitePreBuilder.com.

Let me guess, you thought the star wars characters weren’t bloggers, right? Wrong. They had to blog. I mean they had space ships and light sabers, surely they had an Internet connection?

So Luke, Obi Wan, Jabba, C3PO, Yoda, Han Solo and Chewbacca are sitting around talking about their blogging experiences on Tatooine. The following is a transcript recorded by some gossip columnist… a Jawa called Perez:

[C3PO]: Master Luke, I took the liberty of remotely accessing your blog. You received one comment from your sister, and a few blocked spam posts from the Tusken raiders, who seem amused by the notion of… [Luke interrupts] [Luke]: Blast. I’m sick of only getting read by those Tusken raiders – all they do is try and sell stuff back to me. I’ve decided to add Jabba and Chewbacca as guest bloggers to increase my reach and build traffic. [Yoda]: When ten thousands visits in one day you get, crash your server it will. Mmm. [Han Solo]: It always crash this, crash that with you isn’t it, Yoda? A disturbance in the Internet exchange, a disturbance in my Google analytics. Why don’t you shut up. No one reads your blog anyway. [Chewbacca]: Wooo oooo ooo! [C3PO]: Dreadful creature. That’s your answer for everything. Well, master Luke and I are taking you off the blogroll immediately. [Han Solo]: I suggest you keep the wookie on your blogroll. [C3PO]: And why would I do that? [Han Solo]: Because other bloggers won’t tear your arms off. [Jabba]: Ho ho ho. Nganga tu social media, ipi lo viral marketing. Ho ho ho [Jabba licks his lips] [Han Solo]: Err, I don’t think Jabba’s going to fit in well with hooray-for-good-guys.com’s style, even if he’s got 2 million followers on uglyface-book.com. [Obi Wan]: He’s right Luke. These are not the guest bloggers you are looking for. [Luke]: And what would you know Obi? I haven’t seen your face on Slashdot or Digg recently. [awkward silence] [Yoda]: Much black-hat SEO I sense in Jabba. Seduced by the dark side of Internet marketing he is. Spam, he does. Hidden links. Mmm. [Luke]: Alright fine. I won’t go with Jabba. But I can’t pay for the servers unless I start getting some traffic. [Obi Wan]: I’ve got it, Luke. You will make up a story that starts right here on Tatooine and then grows into an epic battle of good versus evil. You will write about it in six blogs with backlinks and social integration. [C3PO]: Capitol idea, Master Wan. We could call it Star wars and it would be an ever so exciting adventure. We can write press release, and articles. Merchandising, advertising, affiliate marketing.. it’s got it all. [Luke]: Hey, that’s not bad. I could be the hero who saves the whole galaxy. [Han Solo coughs loudly] [Jabba]: Ho ho ho. Begu lapa lo stupid idea, ngingu star wars. Ho ho ho [Luke]: Shut it, Jabba. We’re doing it anyway. Keep up that attitude and someone’s going to strangle you one of these days, I swear. [Obi Wan]: It’s settled then. Luke and I will travel to a Galaxy far far away and begin selling our blogs’ syndication rights to gullible aliens. I already have a contact, his name is George. [Static sounds… Recording ends]
FacebookTwitterLinkedInRedditPinterestEmail

In today’s tech-savvy, mobile-friendly, and fast-paced world, search engine optimization or SEO is considered a... 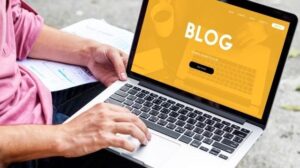 A well-designed blog is a foundation for a successful content marketing strategy for many brands. That is because a...

Who in Their Right Mind Would Invest in SEO???