Considering the recent twitter debacle involving former New York congressman Anthony Weiner, many employers and human resources personnel are well advised to reconsider their approach and stay ahead of social media. To begin with, social networking and micro-blogging messages on Twitter, Facebook, and LinkedIn can be seen by millions, instantly. The information can be accessed worldwide and seen by competitors, customers, and potential employees. While it is a given that former Congressman Weiner’s antics went high-profile very quickly, for numerous reasons, the reality is that the average impact of social media on the workplace is usually less dramatic.

Typically, issues are brought to the attention of an employer after an employee is offended by a co-worker’s online behavior. The first inquiry for an employer should be what relevance the issue has to the workplace. Situations often exist where the material posted online is false and not actually attributable to the suspect employee. A diligent investigation should always be implemented first as it is quite simple to establish false social media accounts.

Recently, employers have gotten into the habit of compiling policies against employees mentioning the company in social media postings. However, such practices necessarily raise concerns regarding running afoul of National Labor Relations Act protection of “concerted activity.” The NLRB is involved in several cases where employees were disciplined for social media use. Basically, the NLRB assesses two things. First, what does the employer’s social media policy say? Second, what does the employer do to enforce it? As a general rule, if a policy is too broad, the NLRB is going to say that it has the effect of chilling protected activity. If an employee uses social media and states that a particular employer treats employees like garbage, that employee is potentially speaking on behalf of other employees, which is protected. Conversely, going online and stating that one has witnessed an extramarital affair between a manager and a co-worker is not protected activity.

Interestingly, the NLRA’s “concerted activity” protection does not apply to management. That said, employers should strongly consider instituting a company-wide, written policy that managers are forbidden, under any circumstances, to use social media to say anything negative about the employer, its executives, business operations, products, and/or services. Often times, such language is incorporated into an employment contract that specifically defines improper conduct, prohibits disparagement, provides and establishes a morals clause, and forbids the appearance of or the actual possibility of a sex scandal. Everyone from the highest-level executives, down the chain, should be held to this standard. However, it is generally the high profile executives and managers that can do the most damage to a company because their conduct generally receives more attention.

In today’s digital marketplace with breakthrough products and technological applications always around the corner, more and more employers are finding that the biggest risk for a scandal is the disclosure of corporate trade secrets and proprietary information. Social media’s impact on corporate privacy and confidentiality is a significant concern. The slightest indiscretion by employees who are “in the know” can put millions of investment dollars at risk. Employees must be made well aware, up front, early, and often about the personal consequences of loose lips. These consequences should be spelled out clearly in employment agreements containing unambiguous confidentiality provisions with stiff legal and equitable penalties for violation. While it is almost impossible, and perhaps even unwise, to stop employees from utilizing social media entirely, best practice dictates establishing “how” and “when” and setting forth what is and is not permissible to do in social media. Employees should be advised in writing, via legally enforceable agreements, that they will be held responsible for their actions.

Richard B. Newman is an Internet Law Attorney and Business Litigation Lawyer at Hinch Newman LLP in New York City. 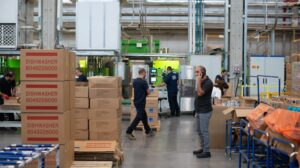 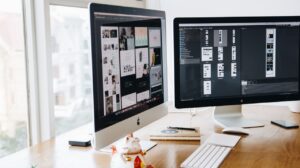