Social media marketing has many myths and untruths surrounding it, usually spread by people who have no knowledge whatsoever of social media marketing and how it works. These are some of the most common myths that abound, and some possible responses to use when faced with them.

The Company’s Customers Do Not Use Social Media

This is a common myth, and one that continues to astonish a lot of social media marketing professionals. Some companies do not use social media at all, yet they profess to have the knowledge of their customers’ social media habits. The best way to find out if customers are on a social network is to join it and upload the customer email list. If no one is truly on there, the company can avoid it and never use it again. But if at least 20% of the list is on the network, the company should use that network and engage in social media marketing.

Social Media Is Not Mainstream

There are 170 million Facebook users in the United States – nearly half the population. Very few things have that level of participation, except television, radio, and newspapers (and newspapers are dwindling). By ignoring a social media marketing opportunity like Facebook because of the mistaken belief that it is not mainstream, companies are ignoring a large part of their target market.

Of the 81 million Gen Yers in this country, 96% of them are on a social network of some kind. In fact, many of them do what they can to avoid mainstream advertising, by recording TV shows and skipping the commercials. However, they can be reached via social media marketing methods, like Facebook ads. Furthermore, social media marketing professionals can also specifically target their ads to Facebook users, based on their age, sex, relationship or job status, and even geography. Companies can reach women in their 50s who live in Florida, or single men who are between 18 and 24, living in a large city. Rarely, can mainstream media achieve such targeted results.

Actually, the advantage social media marketing has over mainstream marketing is that it can be easily measured with different social media monitoring tools. Not only can these analytical tools measure where something is being said about a company, it can measure the sentiment of the message, to see if it is positive, neutral, or negative.

Website analytics can even determine how many people arrive at a website, what steps they followed to get there, what pages they visited while they were at the website, and even if they made a purchase. This means that not only can social media marketing pros monitor the traffic to a particular website, they can determine what online mediums are having an impact on sales. Mainstream advertising cannot do that. 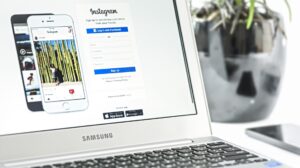 10 Perfect Ways to Get More Likes on Instagram Photos