For years now, Google has been the dominant force in search. Whether we are talking about market share or revenue derived from PPC advertising, Google reigns supreme.

Today we are going to talk about Google’s position as the search king and, whether or not Bing will ever be able to legitimately compete with them and what effect that will have on SEO strategies.

The Facts on Google:

* According to the most recent figures for the 2011 fiscal year, Google generated over $37 billion in revenue from PPC advertising.

The Facts on Bing:

* According to the most recent figures for the 2011 fiscal year, Bing generated $1 billion in revenue from PPC advertising.

Those numbers are just astonishing. Google is head and shoulders above Bing at this point. Now, while it is true that Google owes some of its advantage over Bing to the fact that they had a head start, there are other factors that have contributed as well.

Google’s algorithm, in my experience, is just simply better than Bing’s. I find more relevant, useful information and sites using Google than I do with Bing. Bing’s results also seem to be more erratic than Google’s as well, and that contributes to Google being the more useful and reliable search engine.

Because Google is more reliable, and delivers more relevant results, they end up with a larger share of the search market and more ad revenue.

Can Bing Close the Gap?

I think it is going to be extremely difficult for Bing to ever seriously compete with Google, but that doesn’t mean they are going to stop trying.

Bing recently has teamed with Facebook to integrate the social media giant into their search engine. This new feature allows you to incorporate your Facebook friends into your search, allowing you to chat with them while searching, as well as share results. Frankly, to me, this is nothing more than a gimmick. While I value my friends input, I prefer to make my own judgments regarding purchasing decisions or which restaurants I go to. While searching on Bing to find a certain type of restaurant, a particular product, or information in general, I have never even been tempted to ask any of my friends on Facebook for their help or input. As Bing puts it, they see people “tapping into the collective wisdom of their social network.” I don’t know about you, but wisdom is the last thing that most of my “friends” on Facebook have or share on a regular basis. Social media is a great thing and has many redeeming qualities, but helping me with my searching is one that I just don’t see myself, or many other people utilizing, at least not at this point. I can see people using the chat option to talk about things they would normally just talk about on Facebook itself while searching on Bing, but not utilizing it
for the reasons that Bing has promoted it for. It’s a nice gimmick, but I don’t see it helping Bing gain on Google’s market share.

Google has introduced their own social network, Google+. While it has many users, people just aren’t as engaged with it as they are Facebook. While logged into your Google+ account you receive personalized search results. I have yet to receive a useful personalized result while logged into my account. I am sure that eventually Google and Bing will figure out the best way to integrate social media into their search engines, but at this point their attempts don’t seem to be all that useful.

Another problem that Bing has is the fact they seem to be further differentiating their search algorithm from Google’s. I understand their desire to become their own unique search engine, but when Google is already doing things so well, why would you want to reinvent the wheel? In my opinion, this is going to cause more problems. If Bing and Google are ranking sites based on different criteria, it is inevitable that sites are going to have a hard time optimizing for both search engines. You can’t please everyone. If one optimization technique works for Google, but drops your rankings in Bing, then why would I even bother optimizing my sites for Bing considering their share of the search market? If SEO companies stop optimizing for Bing, then their results become even less relevant, and their search market share ends up shrinking. It becomes a vicious circle. Bing would be better off slightly tweaking their algorithm, but still base their rankings on Google’s criteria, while also trying to integrate other useful features. Reinventing the wheel is only going to further exacerbate their current problems.

The main issue I have with Bing, and the reason I think they will never compete with Google, is the fact they call themselves a decision engine. Why would anyone want Microsoft making their decisions for them? When you search using Bing they tend to give you results that include other search terms you did not intend to search for. Sometimes they are useful, but a lot of times they include search terms that have very little to do with what I am actually looking for. This can be very frustrating. It also leads to less relevant search results, which once again, is a big reason why Google has such a large share of the search market in comparison to Bing.

I don’t see Bing ever gaining a significant enough piece of the search market to seriously compete with Google. Google not only had a head start on Bing and delivers better search results, but it also has become part of popular culture. Many people today no longer say “I searched it,” or “Go search this.” They say “I Googled it,” or “Go Google this.” That alone will be a tremendous hurdle for Bing to climb.

Joseph Piracci is an internet marketing expert with over 7 years of experience with SEO, SEM, SMM and E-commerce management. If you are in the need of any of the above services please contact Joe’s company, Predominant Domains, a Buffalo SEO Company. 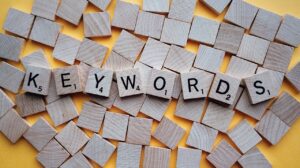 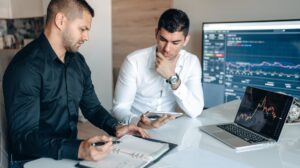 Joe Piracci is an internet marketing expert with over 7 years of experience with SEO, SEM, SMM and E-commerce management. If you are in the need of any of the above services please contact Joe’s company, Predominant Domains, an SEM Company.