The new focus on profile pages will enable users to upload a header photo that will run across the top of the screen — similar to Facebook’s timeline cover photos.

Users’ avatars will be moved from the left hand corner to front and centre of the page.

“New profiles also help you get to know people better through their pictures,” Twitter wrote in a statement on its blog.

A refurbished photo stream will be below users’ recent Tweets on iPhone, Android and iPad.

“Swipe through the stream to see the photos other users have shared or tap any thumbnail to view their photos in full screen,” Twitter wrote.

The launch centered on modernizing Twitter’s mobile apps for iPhone, iPad and Android.

The iPad app, one of the main changes, has been reconstructed “from the ground up to make it fast, beautiful and easy to use,” the statement said.

Twitter said tweets will “come alive” with the new iPad app because it will reveal photos, videos and web page summaries with a single click.

Android users can use the pinch-to-zoom feature to become more active. 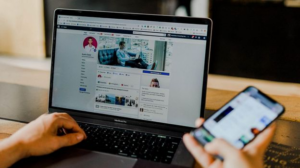