Quite the hot little debate has been going down in a recent Google Webmaster Help forum thread.
The member who started the thread asked whether Google views shorter content as shallow. He wrote from experience – he’d recently changed the format of his website from longer-form articles to brief articles covering a wider range of topics.

According to the member, his site’s rankings took a hit when he changed over to the new abbreviated style – even though readers loved being served bite-sized pieces of info instead of large walls of text.

So where’s the disconnect? Google talks about thorough content, but can shorter articles do the job just as well? Let’s look at Google’s stance and real users’ experiences so you can draw your own conclusions about which length is best for your website.

The forum member, who goes by the handle “TheBigK,” runs a popular news blog and bases the content for its stories on various news sources. According to his post, the authors on the site began writing longer articles with lengthy opinions and descriptions after the algo changes.

After receiving feedback from website visitors, however, TheBigK deduced that members desired shorter content instead of these lengthy pieces. They seemed to favor brief articles with bite-sized chunks of all the most relevant info packed tightly into each one.

So what’s a webmaster to do?

If you guessed “please his visitors” then you’re right on the money. The webmaster moved to 150 – 200 word articles covering a much broader range of topics, and visitors were once again thrilled. However, Google was not impressed. The member noted that most of these mini-pieces ranked poorly even though they were receiving more loyal traffic than were their longer counterparts.

TheBigK wondered whether Google considers shorter articles to be thinner content. He says that the data and testing performed by his crew more or less confirmed this assumption. Conversely, he pondered whether it would be worth losing loyal visitors to rank better in the SERPs.

It seems that Google’s reiterated the mantra, “content should focus on users, not search engines” about a bazillion times over the years. Countless Webmaster Help videos exist that tout the importance of creating completely original content as opposed to regurgitated “me too” posts that users can find copies of on hundreds of different sites. Further, Google expresses the importance of adding your own voice to the discussion and adding a unique perspective readers cannot find elsewhere.

Big G has never released anything mentioning exact word count guidelines, but the tips above lead most to believe that longer is indeed better. After all, when users search for something, they’re more apt to favor results with more on the answers they seek. This requires one thing above all: words.

Google’s pushing webmasters to offer up more comprehensive posts because it’s trying to provide a more robust search experience for users. Is it possible to furnish that in 200 words or less? That’s doubtful. But in TheBigK’s case, it was all about providing what his users wanted – not what pleased Google… and that worked for him.

Testing On Your Own & The Way Forward

If you’re experiencing traffic fluctuations and you’ve begun to wonder whether the length of your content is playing a role in the changes, try doing what TheBigK did. Add some content of different lengths and analyze which ranks better – as well as the number of terms for which the content is ranking. Don’t just depend on Google for your feedback, however. Encourage feedback from your users as well.

If retaining your loyal visitors is more of an incentive for you to keep doing what you’re doing, don’t change for Google’s sake. Instead, adopt a full-scale link acquisition program that hinges upon building your network. Reach out to peers in your niche and market through guest posting and social networking. It is possible to build a large following without depending on Google to get there.

However, if ranking is important for generating the traffic you desire, then getting your site in Google’s good graces should be priority numero uno for you. If you feel your website is lagging in the SERPs, you still have options. Figure out which posts rank well and analyze why they’re gaining traction. Consider links to the page in question and carefully review the nuts and bolts of the content itself. Then, use that information to construct more of the same kinds of posts. Gauge their success. Rinse and repeat.

I personally believe that longer is better when it comes to content on the ‘net. That said, 1000 words of drivel will still sink your site like a stone if you let it, so make sure your posts pack some heat and controversy at every twist and turn. Get in front of breaking stories in your niche and deliver something users can’t find elsewhere. It’s bigger than pleasing Google – it’s about creating loyal visitors who are sure to return time and again. 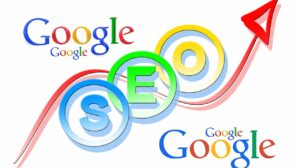