Marketers are cheering and users groaning as the latest results of Facebook’s news feed advertising schemes are revealed.  A new report from retargeting firm AdRoll officially confirms that Facebook’s new offer to allow sellers to post ads in the prime news feed section of a user’s page has indeed generated mind-blowing results.  No longer banished to the dreaded right-hand column of a user’s homepage, news feed advertisers have seen massive click-through increases and ROIs.  These impressions are highly targeted, based on a user’s Facebook profile information, recent Web travels and clicks and Facebook social signals.  The results have equaled well-placed and well-directed ads that users are clicking on in droves.

Social advertising has never been a boon for advertisers — until now.  The new AdRoll report examined 547 Facebook advertisers serving more than 1 billion impressions.  Those ads placed in the news feed showed 50 times more likelihood to receive a click than traditional right-hand side ads, and more than 20 times more likelihood than standard Web banners.  Even more of a boon for advertisers is that at the time, news feed ads cost half the amount of their right column counterparts, and a fifth of the Web ads.  This equates to a 79 percent lower cost-per-click cost, compared to traditional retargeted Web ads, and 54 percent less than Facebook’s standard ad space. Early news feed ad adopters, therefore, have been basking in a killer deal.

Why News Feed Ads are On Fire

News feed ads are sold through Facebook’s standard Ad Exchange.  These units give brands the ability to target Facebook users who previously visited the company’s site.  The ads themselves are larger than the other ads on Facebook too.  The combination of placement and retargeting has equaled marketing magic.  Adam Berke, president of AdRoll, speculated that the reason for the popularity of these ads is simple: “It’s the confluence of the two biggest trends in online advertising.”  By that, he means automated standard ad buys combined with native buys that fit naturally into a user’s feed, and are, therefore, considered more natural and organic placements.  The latter are, therefore, much more social; more likely to be shared or commented on, and thusly volumes more viral.

Just because news feed ads have massive ROIs does not mean you should count out traditional Facebook ad space entirely; they each have a different purpose right now. Use the right-hand side ad space for customary product offers, and reserve precious news feed real estate for branding purposes, such as new content marketing pieces you’ve recently published, or viral videos with your company’s branding.  News feed ads are ripe for creative uses; use them as such for the best results.

Facebook has, to date, been unable to compete with advertising channels like search and e-mail; these have consistently resulted in higher-value customers.  With the massive amount of click-throughs in the recent news feed ads, conversions are actually down a bit, but overall this has meant a 77 percent lower cost-per-action rate, compared to traditional retargeted ads.  This has also meant a 45 percent lower cost than other Facebook ads.  And it’s important to note these stats were tracking as such from the moment the news feed ads launched in April.

Comparing Facebook’s big advertising boost to Google’s overall longevity and numbers is not yet a fair evaluation.  News feed ads don’t have one iota of the scale of AdWords, at least right now, so marketers are still best served by having a multiple ad channel approach to reach their revenue goals.  That said, ignoring the news feed numbers is obviously not a wise move.

The Fate of Facebook’s News Feed

Will Facebook’s news feed shift from a stream of status updates to a list of targeted, viral ads?  Not likely.  Currently, Facebook only allows one news feed ad per person per day.  If they risk annoying the bejeezus out of their users and increase this ratio, it could equal advertising gold for marketers, but more than likely, the metrics would greatly diminish.  Users definitely have a threshold for how much advertising they will tolerate in their personal feeds.  That’s a balance the social network will have to delicately achieve.

Facebook will no doubt extend the news feed ads to their mobile space as well.  This hasn’t been triggered yet, but you better believe it’s on the docket.  It’s been a little more than a year since the company first launched its problematic initial public stock offering, and investors are still skeptical about how Facebook will fulfill their sky-high expectations, set by the original $38 IPO stock prices.  With shares hovering under $25, news feed ads alone aren’t enough to revitalize faith.  But this is a huge move forward for them, if CEO Mark Zuckerberg and crew capitalize effectively.  This is a clear glimpse, however, into just how Facebook may be able to approach Google-level advertising revenues.  The company is slowly figuring out how to monetize its monster Web and mobile audience and, for now, in the eyes of its investors, the firm is clearly moving in the right direction.  Whether its users agree — that remains to be seen. 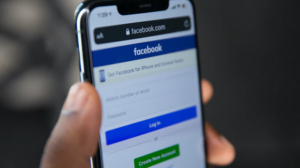