In the coming months, your business may have the opportunity to reach customers on Facebook in a fresh new way: video ads. The social media giant recently announced that the rollout of new video ads on users’ news feeds would likely take place this fall. Despite a recent announcement by Facebook of plans to simplify product offerings by streamlining their ad units, video ads are likely still on the table. The initial rollout, expected in October 2013, will encompass test runs from some of Facebook’s biggest sponsors. Pending a successful pre-launch, your business could be among the next advertisers able to benefit from this new feature.

Facebook has introduced many innovative features for business owners and advertisers over the years, so why the jump to video? According to Neilson, 70 percent of online marketers plan to increase their spending on social media advertising in 2013 while more than half plan to embrace video advertising. It is also no secret that Facebook has stated multiple times that its daily viewership is the size of three Superbowls (roughly 300 million daily viewers). With these numbers representing a sentiment among advertisers, plus the strong profit potential for Facebook, video ads should find their way into your advertising plans this fall.

Further, there seems to be an apparent interest in viewing videos among consumers. The success is seen most recently on the social media platform Instagram, coincidentally owned by Facebook. The platform introduced 15-second video clips for both consumers and brands to utilize. Brands have already been using these clips to promote their businesses in great new ways, launching exciting new branding campaigns and creating some really interest short-form ads and stories.

It is safe to assume that these successes have not been lost on those at Facebook. To add an innovative and now proven successful method of advertising to the colossal social media platform seems like a no-brainer.

What will the new Facebook video ads look like? The new ads will be implemented directly into users’ news feeds. Similar to Vine, the ads will play automatically, now without sound. Users will have the option of turning on the sound, which will replay the 15-second max video from the start. Allowing users the option of sound will help advertisers track customer engagement and truly know who is “listening in.” The auto play function of these ads is predicted to capture readers’ attention without forcing them to a separate landing page, a proven annoyance of many consumers.

The ads are predicted to appear in users’ feeds up to three times on each allotted day; presenting an opportunity for brands to successfully create storyline ads. The initial rollout will predictably cover broad demographics, such as all women under the age of 40, but will expectantly allow for specific target audiences with time, much like Facebook’s other highly-targeted ad units.

How to Take Advantage

The question underneath it all: What does the addition of Facebook video ads mean for business owners? Should you care? It is in your best interest to start planning ahead right now. A general industry-wide reaction is positive toward the ads and many large brands along with agencies are planning to use the feature.

A recent article from Business Insider shows one marketer’s view on the launch: “I’ve talked to some sources who have been pitched directly from Facebook at agencies,” says Rob Jewell, CEO of Spruce Media, whose Facebook ad-buying clients include Procter & Gamble, Samsung and University of Phoenix. “Agencies also seem really excited about it. I think it’s because the problem with online video buying today is that there’s really no reach. You can’t get that TV-like reach online, and I think that’s what has held up those TV dollars from going online. You have to piece it together from lots of video sites with five or 10 million users here and there. The size [of Facebook] is appealing to agencies.”

In agreement with Jewell, this new form of advertising on such an influential platform should be something to embrace. As TV advertising may seem daunting and is not in many agencies’ price range, video ads on Facebook will capture the same size audience (and often larger) at a fraction of the cost. Further, social advertisers are already accustomed to tracking the true ROI and engagement on Facebook, which is much more difficult or even impossible to do with TV ads.

You may already have implemented video advertising on competing social media platforms such as YouTube, Vine and now Instagram. Utilize these advertising results and demographics to best begin planning for videos on Facebook. What is your audience? What engaging content can you create to catch their attention? Try it out right now with Instagram.

The upside of Facebook continually delaying the launch of this feature is the time social advertisers’ have to prepare. Brands are certainly becoming eager to try these ads for themselves; but preparation is key. Keep in mind what affect the barrage of Facebook ads in the past has had on your particular customers. Using measurements from other video advertising platforms and traditional Facebook ads, predict the amount of new video ads your customers will be ready to handle. With these tactics in mind, your business will be ready when the feature (finally) becomes readily available.

Adrienne Erin is excited to try out the new Facebook video ads unit and see what creative ways she can come up with to advertise everything from jewelry to construction project management software. 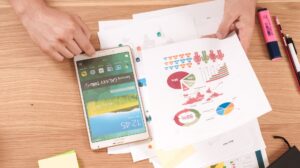