Those who knowingly send texts to someone behind the wheel can be held liable if the recipient is involved in a crash as a result, a New Jersey court has ruled.

The ruling, first reported by The Verge, stems from a case in which a married couple on a motorcycle was injured in a crash by a teenage boy who was texting and driving. While the couple reached a settlement with the driver, the pair also tried to have the boy’s girlfriend charged for distracting him with a text message while driving.

The pair, however, was unable to prove the girl knew her boyfriend was behind the wheel. She wasn’t charged.

However, the case gave birth to the New Jersey court of appeals’ ruling Thursday that while the girl in this particular case was not liable, it does not mean that anyone who sends a text to someone who is driving cannot be held responsible.

“We hold that the sender of a text message can potentially be liable if an accident is caused by texting, but only if the sender knew or had special reason to know that the recipient would view the text while driving and thus be distracted,” the appeals court said in its ruling.

However, according to the ruling, texters have only a “limited duty” to the drivers on the road.

“One should not be held liable for sending a wireless transmission simply because some recipient might use his cell phone unlawfully and become distracted while driving,” the court said. 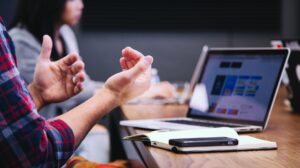