“There’s an app for that!” That’s how the saying goes, but it hasn’t always been the case for some of the tools most wanted by marketers and webmasters. Take, for instance, Google Analytics. Plenty of high-level professionals have wanted to be able to use their iPhones and iPads to check real-time analytics while on-the-go, but their “app well” has been notoriously dry.

Fortunately, the landscape has recently changed for the better.

As of July 2014, there is finally an app that allows mobile users on iOS devices to explore their Google Analytics data. No matter where they are, they will now have access to most of the information that they hitherto could only find if they were tethered to a laptop or desktop. It’s a huge boon for business people who love their Apple devices, and it puts them on the same playing field as Android users who have had this kind of accessibility for about two years. Until this point, only third-party apps have been available for the iOS crowd, and those apps have been cobbled together. This app is as official as it gets, which is always preferred.

Perhaps the best part of the Google Analytics app for iPhones, iPads and, yes, even iPods, is that it’s getting decent ratings from users. As is typical with most apps, glitches abound and testers are quick to alert the world to those problems. The lack of negative feedback – with the exception of some initial login issues that seem to have been fixed – bodes well for the longevity of the app, as well as its trustworthiness. Nothing is more frustrating than an app launch that feels more like a setback than an advantage.

The real proof of this app’s ability is in its features and highlights. Below are some of the top ones that will prove useful to any individual who wants to monitor site data on-the-go:

Acquisition rates – To determine the number of visitors their sites are getting, as well as where they’re coming from, professionals can enjoy a screen that shows a complete compilation of all the info. The screen gives viewers an easy way to quickly determine if a landing page or other campaign is starting to gain traction. For example, on the day that an e-newsletter is released, it might be wise to check in every hour or so to see if the e-newsletter is starting to encourage people to click on links to the website. This is great for people who are data-driven.

Behavior of visitors – Want to know when your site is being viewed the most? The Google Analytics app breaks it down in a handy chart that’s color-coded. The darker the shade, the more users are visiting at a specific time. Again, this is where Google Analytics has nicely melded raw numbers with visual interest. At a glance, it’s easy to see that, for instance, you’re getting more “hits” between noon and 1 p.m. than you are between 6 p.m. and 7 p.m. on a given day of the week.

Country/Territory of visitors – If you have a serious need to know where your users are coming from, you can find it with the country/territory screen. Not only does it give you an overall look at how many visitors in total you’re getting, but it gives you a breakdown of where they logged on. Though this might not be as useful for every company, it’s fast becoming useful to those that are geo-targeting their markets. In those cases, it’s extremely helpful to be able to see if a certain geographic area is being represented, or if you need to boost your marketing in that region.

Multiple site abilities – Although some users have noted that if you have more than 10 sites, it might be tough for the Google Analytics app to keep up, the app seems to be good for multiple sites. This is terrific if you are a webmaster or marketing expert monitoring sites for several clients.

One caveat is that, like all apps, the official Google Analytics app for iPhones and other iOS devices isn’t meant to be as robust as the desktop Google Analytics package. Therefore, you cannot expect to use the app in the same way that you would use Google Analytics from your laptop or desktop. Instead, the app is meant to give you all the advantages of knowing real-time stats wherever you can use a mobile device.

While the Google Analytics app for the iPhone isn’t going to change the world, it may just change the way many people use their Google Analytics. For all those “nomads” who have no real place to call the “home office”, it’s going to be a pleasant change. After all, they can dive into their analytics practically anytime, anywhere; with this kind of ability comes instant power and knowledge. In other words, this app is ideal for the hyper-alertness necessary to stay competitive in a sphere that’s constantly changing. Any tools or platforms that provide users with that extra “edge” are welcome by leaders who are serious about getting and staying ahead. Plus, it keeps them from being surprised by a sudden dip or increase in traffic.

What’s possibly the best thing of all about the Google Analytics app? It’s 100 percent free, so the CFO can’t grumble about the cost of the product. 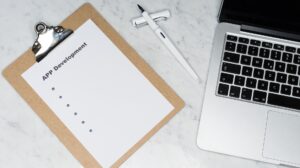 Adrienne Erin writes twice weekly for SiteProNews about online marketing strategies that help businesses like Kountry Kraft succeed. Follow @adrienneerin on Twitter to see more of her work or get in touch.