As the teams and players battled it out on the field for the World Cup, a similar battle was being waged online. Instead of a game of physical agility and prowess, this was a game of content.

Who was the most read during the World Cup event? Who took home the Online Content Cup?

Outbrain took an in-depth look at the most written about players and teams during the World Cup. They tallied and compared all of the pages viewed and articles written across their global network of 100 thousand plus sites during the three-month Cup run. Who came out on top? Let’s breakdown Outbrain’s infographic:

The question is who won at winning content? According to Outbrain’s research, Spanish players were the most read about around the world. French players won people’s interest the globe over, but the Spanish took the prize by showing more interest in the cup games than any other nation. Here are some interesting facts about the most viewed online content during the World Cup:

Overall Outbrain identified a total of 11,260 pieces of World Cup content published to their network based on title. Based on their findings, Spain’s 0.73 percent of total page views handed them the winning spot for the country most interested in World Cup content. Meanwhile, France took first place for the team generating the most global interest with an impressive 3,522 average page views per story—1,846 more page views than the second runner up, England.

The Not So Gracious Losers

Unfortunately, not everyone proudly took a spot on the winning side of the Online Content Cup. Some were rather awkward losers.

There’s no denying that the World Cup generated one of the largest online content and social media buzzes ever to hit the Internet. As is the case with anything great, there are always pirates looking to steel content and boost website rankings in bad form. The World Cup was no exception. In the wake of the titan-sized event, 472 ‘pirate’ sites were blocked for unauthorized content.

The list of these ‘pirate’ sites was compiled when legal action was taken by Multi Screen Media PVT, Ltd, a Sony Entertain Television subsidiary located in India. The company obtained a FIFA license earlier in 2014 to broadcast the Cup. Their content now is being aired elsewhere minus proper permission, which led the company to action. Interestingly, the list of ‘infringing’ sites contains some very legitimate sites:

An update to the news story claims that the list of ‘pirate’ sites has decreased from 472 to 219, and the Google websites have been removed from the list. The takeaway point is that a sizeable number of websites came in on the losing end of the Online Content Cup for unscrupulous and unauthorized repurposing and distribution of content. And if there’s one thing this report by Torrent Freak proves, it’s that unauthorized distribution and reproduction of content is taken seriously.

Where Did You Place?

In the great race for recognition during the Online Content Cup, where did you and your business place? Did you gain a little chatter by participating in the event discussion? Did you spin the event to your business, find some relevancy, and write a few compelling pieces that pulled in some new audience members?

The World Cup was an excellent example of just why quality copy matters. During the weeks of the tournament, thousands of engaging and exciting pieces of killer content hit the Internet. Social media went crazy and sharable content — the kind that people just have to pass on to everyone in their network — made one sizable impact.

The FIFA World Cup comes around once every two years. The huge impact it made across social media, news sites, and the Internet in general surpassed any event that has ever hit the super cyber highway. Now that we see the incredible buzz this event stirs, the question isn’t whether you’ll participate when the next tournament rolls around. No, the question is starting today what will you do to be World Cup ready? How will you prepare to gain the maximum amount of exposure off what will surely be the next largest event to hit the World Wide Web? 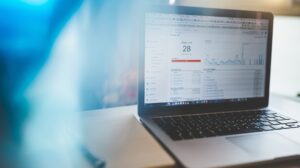 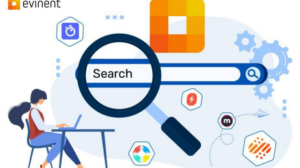 The main task of every company in the field of e-commerce is to help potential buyers find what  they need using a...