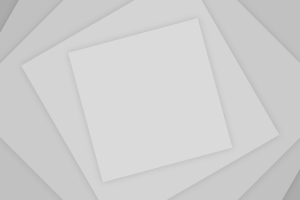 A person’s right to be removed from search engines is center stage in a new fight launched by Google.

It’s a fight that was initiated more than 15 years ago and is continuing with the Court of Justice of the European Union’s recent ruling giving people the authority and right to request search engines to remove results for their name. Google has launched its own bid to battle the ruling and is asking for the public’s views on the matter.

The drama began in 1998 when a man tried to get a newspaper article regarding his social security debts removed from Google’s search results. It was in 2013 when Google won an appeal in the European Union’s high court. That victory included the ruling that search engines do not have to remove such stories or links providing the information is legal.

Yet Google, ultimately, lost when the court’s decision was overturned and residents in the EU’s 28 states were granted the right to petition, once again, for the removal of such information.

Google isn’t giving up the fight, though. The company has launched an advisory council on the matter and is asking for feedback from the public.

“We want to strike this balance right. This obligation is a new and difficult challenge for us, and we’re seeking advice on the principles Google ought to apply when making decisions on individual cases,” Google stated on the council’s website. “That’s why we’re convening a council of experts.”

Google stated it has had requests from people to remove information on myriad topics from bullying to embarrassing photos. Each case, it stressed, must be examined and weighed carefully to ensure the proper decision is made.

Regardless, the company stated “this is all about your rights online, and the Internet provides an incredible forum for discussion and debate” enabling people to voice their views and share concerns and comments.

The council is scheduling consultation in Europe beginning this fall.