“Nobody reads ads. People read what interests them, and sometimes it’s an ad.”
– Howard Luck Gossage, advertising innovator during the “Mad Men” era

Each and every year, brands sink millions upon millions of dollars into advertising their products or services to audiences in an effort to convert those who are exposed into customers of their company. According to Ad Age, in 2014 the top 200 advertisers in the United States spent a whopping $137.8 billion on ad spots; and this figure does not account for anyone spending on adverts who are outside that top 200.

Today, a large portion of ad dollars are spent outside of the more traditional avenues and are expended on digital properties, with mobile continually increasing in its significance.

One of the most marvelous things about much of advertising switching over to digital mediums is that ads are typically much cheaper to run, have a greater reach, are able to be targeted, and are far more measurable. On the downside, however, the internet is already an incredibly cluttered and noisy space, so ads are having to compete with many more attention-grabbers than on television or other places.

Continuing on our recent piece of finding creative yet effective ways to spend your advertising budget, here are four more innovative experiences to sink your ad dollars into for maximum results.

We might not be exactly breaking new ground on this one, but content marketing is still one of the most powerful ways to convert consumers. Sujan Patel recently discussed that in 2011, a personalization service for websites by the name of Monetate assembled a three person content creation team to develop three to five posts per week alongside infographics and other materials. In just six months the team increased site traffic by 255 percent and unique visits by 353 percent.

While this example may be a few years old, the point it makes still holds true; content is hugely responsible for driving traffic and sales. Many are already aware of how important content is to SEO, driving conversions, and more, so leveraging services like HubSpot or ClearVoice is essential for advertising your consumer optimized content. Additionally, tools like Buffer can help to automate your promotional efforts on social and engage audiences when they are most likely to see it.

Any piece of content that is helping to drive traffic to your site or promote a product is a form of advertising and should be invested in as such.

In part one of this article, we touched on leveraging social media ads. Here we will drill a bit deeper and investigate some of the most compelling social ads you can run; carousel ads on Facebook. Considering that 62 percent of all U.S. adults are on Facebook and that eMarketer states that 14 – 17 percent of people who see social ads visit a site and make a purchase, this is worth diving into more.

Carousel ads on Facebook and Instagram allow advertisers to display three to five images across a single ad unit, effectively creating multiple versions of an ad for the price of one.

A clever way of utilizing these spaces would be to have viewers find something in the pictures, much like a simplified “Where’s Waldo.” You could also try ads where users must spot the difference between pictures. This not only creates a fun and compelling experience for ad viewers, but also incentivizes them to click on an ad to follow through with the challenge. Much as Howard Gossage stated, people read what interests them, and this is surly a way to pique people’s interests.

Podcasts have all but replaced the radio. Millions upon millions of individuals subscribe to and listen to podcasts on a daily basis. Some of the most popular ones reach millions of listeners all on their own. This newer form of audio conversations or shows gives advertisers the opening to promote a product or service to a mesmerized audience who has already given their trust to the podcaster.

In many situations, ads are often read by the host of the podcast in their own way to help entice an audience and provide further credence to what they are promoting and endorsing.

Additionally, sites like Spotify, Pandora, and Soundcloud all offer audio ads to marketers as well. Some are even beginning to offer video ads as a way of bolstering their ad options.

User generated content is some of the most powerful and compelling product advertisements a company can employ. 70 percent of all consumers consider peer recommendations and reviews to be more trustworthy than professionally produced content. Additionally, 65 percent of social media users ages 18 – 24 take information shared on social into account when making a buying decision. Investing in social hubs or tools like Yotpo Social Curation can help to generate loads of UGC (user generated content) for a company to leverage in a myriad of ways. Even major brands like Target, Starbucks,  Coca-Cola, and Pepsi are aware of how authoritative UGC can be for a brand and have developed entire campaigns surrounding this type of creative advertising.

Deciding how to allocate your advertising budget for maximum effectiveness and ROI is no easy task with all of the avenues available. In order to ensure that you are producing top-notch results with your ad campaign, it is often necessary to think a bit outside the box and leverage more creative portals and ad types than your competitors. If you are ready to embark on an ad campaign, check out these advertising modalities for a way to reach entirely new audiences.

What other out-of-the-norm advertising modalities have you employed? Which of these tactics are you most excited to try? 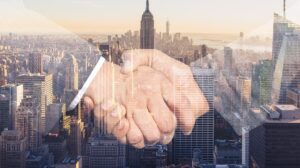