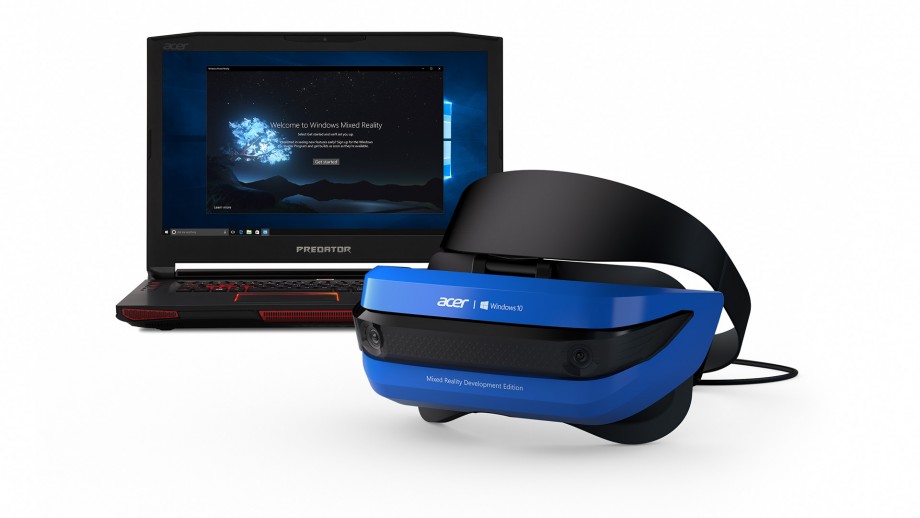 Developers will soon have their hands on some of the Windows-run virtual reality headsets Microsoft promised last year to bring to market with its OEM partners.

The Acer Mixed Reality Developer Edition is the first of the headsets to surface and this month will start shipping to select developers, Microsoft announced at the Game Developers Conference (GDC) in San Francisco this week.

Microsoft announced back in October that it was partnering with HP, Dell, Lenovo, ASUS and Acer to bring a number of virtual reality headsets based on HoloLens to market at a lower cost. The headsets, which are to start at $299, will be compatible with affordable Windows Mixed Reality-ready laptops and PCs.

The headsets will be the first mixed reality headsets to deliver built-in inside-out tracking, which means it is not necessary for users to install external trackers in the walls of the room in which they plan to use the device. The headset will contain the necessary sensors for accurate scanning and tracking.

As Microsoft put is, users won’t “need to bother with a complicated setup, just plug and play.”

Developer kits heading out this month will include the Acer headset as well as documentation and access to Windows 10 Insider preview builds and the software development kit (SDK) allowing developers to build mixed reality applications.

“We can’t wait to see what our developer partners build with our expanding platform, which currently delivers more than 20,000 Universal Windows applications, including mixed reality apps and games as well as the ability to stream Xbox games to your Windows 10 PC,” Microsoft said in a blog post. “Not only will you enjoy spectacular, immersive experiences, but also the things that you do most with your Windows PC – in mixed reality.”

The video below demonstrates what Windows Mixed Reality has to offer: