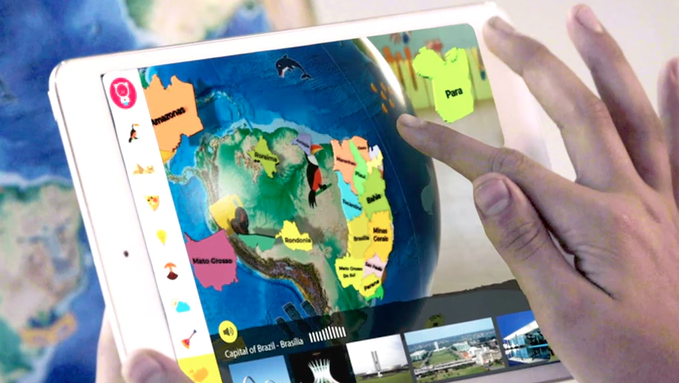 Augmented and virtual reality may just be the teaching tool of the future.

At least that is what the creators of Orboot seem to think.

Play Shifu Technologies, a Wyoming-based startup, has created a Smart globe using augmented reality to teach children about different cultures, cuisines, monuments, inventions and animals from all over the world.

To use Orboot, the child or parent simply scans the globe with an iOS or Android device to learn about countries worldwide.

“With hundreds of immersive 3D content pieces across eight categories, children can pick and choose which country they wish to learn more about,” the company said in a press release. “Within the Orboot app, children can learn about animals native to that country, monuments, cuisines, inventions, nature’s wonders, culture, language and arts, political maps and weather.”

The company has started a $15,000 campaign on Kickstarter for the 10-inch Smart globe. As of Thursday evening, the campaign had raised a little more than $1,200 with a month left to raise the remaining funds.

The money raised via the Kickstarter campaign will be used to manufacture 500 globes, to research unknown cultures and traditions around the globe, hire professional voiceover artists and add more activities and puzzles to the app.

The company is offering a limited number of globes starting at $29 with free shipping to most countries worldwide.