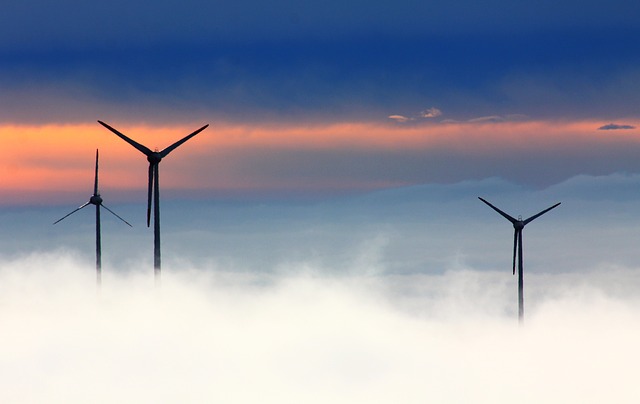 Offshore from the tiny country of Denmark stand enough wind turbines to power 42 percent of the homes in this country of 5.5 million people – the highest proportion of wind power in the world. More turbines are going up worldwide as concerns over global warming and demand for alternative energy sources grow.

Many of these turbines are going offshore where there’s plenty of space and winds blow the strongest. But remote locations also make it harder to fix turbines if something goes wrong. In Denmark’s North Sea, service vessels aren’t even able to travel to the turbines four to five months of the year because of rough seas. And it often takes a crane to work on the gigantic turbines, each with blades as big as the wingspan of an Airbus A380 airliner.

Wind turbines – like a lot of machinery – have been autonomous for decades. Using classical engineering automation, turbines can shut down or slow down if the wind gets too strong. But much of the monitoring of a turbine’s operational condition (the temperature, wind speed etc.) has gone to humans who look over vast amounts of data coming from sensors on the turbines.

The role of artificial intelligence

Martin Bach-Andersen, a data science expert at the Diagnostics Center, says AI and machine learning are enabling turbines to learn from data and optimize their own operation. “We’re going from collecting a lot of data online, to controlling the turbines remotely and now doing remote diagnostics. For more than a decade, that’s been the name of the game in the wind power industry. Modern wind farms are connected to a global data infrastructure.”

Neural networks in this data infrastructure operate similar to those of the human brain. They learn from examples, recognize patterns, and use past measurement data to make forecasts and models regarding future behavior. The AI-based algorithms are fed with past behavior from humans such as how someone responded to an alert.

Anderson says Siemens is pioneering the use of vibration monitoring, in which any irregularity can mean the start of a fissure or crack. “With AI, we can see faults developing in components months, even years ahead before they need fixed. These are really complex patterns, like the x-ray of a patient, and need really trained eyes to look at them to see if this is a problem or not. When you scale this up to tens of 1000s of turbines, you need a lot of people looking at it. This is where the value of AI comes in.”

AI-based software in wind turbines not only helps predict problems but can tell wind farms how much power to produce, changing the output minute by minute.

In Boulder, Colo., the National Center of Atmospheric Research (or NCAR) is also putting AI to work in wind turbines. Sue Haupt, a senior scientist at NCAR, says a top goal of using AI for the energy utilities and grid operators is helping them know how much wind power will be produced the next day so they can utilize wind turbines at top efficiency.

“AI-based software crunches the physical numbers like wind speed, along with data from weather satellites, weather stations, even other wind farms, telling us how much wind power will be available to the grid from the turbines at any given time. There are times when we can end up with large changes in wind capacity and need to know when these changes are coming.”

Haudt says because wind energy is free, utilities want to use as much of it as possible. “So when a front is coming through, and there will be an increase in wind energy output, they want to know by how much, and the timing, so they don’t have to dump all this inexpensive energy.

“We can go back in history and look at lots of data and see where models have been wrong. We train the AI system to correct each model when it was wrong under similar conditions and optimally blend data from current conditions to get the best estimates given what we know right now.”

What’s the future role of humans?

What does AI mean for the future of humans in this industry? Michael Chui, a partner at the McKinsey Global Institute (MGI) in San Francisco, says as interesting as it is to solve technology problems, the harder part may be organizational. “Technology is quite hard but organizational challenges have to be overcome. Maintenance people are paid to be heroes. How do you change that to pay them when they don’t show up because things are working? Companies need to change their incentives.”