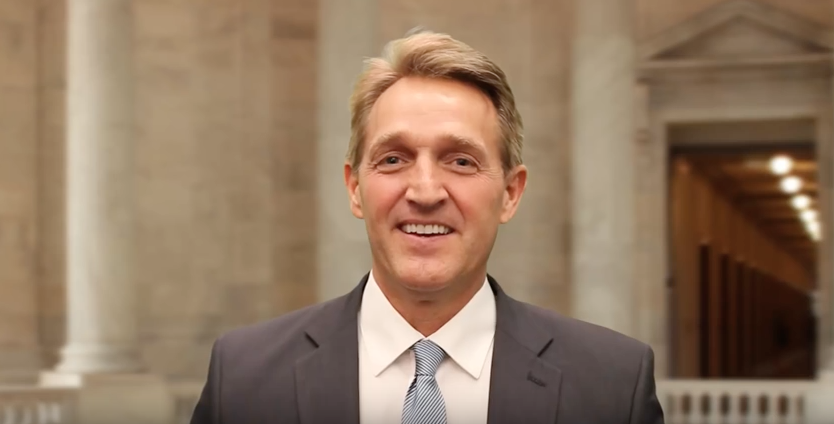 Sen. Jeff Flake, (R-Az.) introduced the Congressional Review Act (CRA) resolution to repeal the rules that would have forced Internet service providers (ISPs) to notify customers of the types of information they collect, explain how and for what purpose the data is collected and identify with whom they share the data. The resolution passed in a 50-48 vote.

The resolution must still be passed by the House and signed by President Donald Trump before it can take effect. If this happens, however, it means companies like AT&T, Comcast or Verizon can collect and share their customers’ data with paying third parties without censure. The CRA would also prevent the FCC from writing a new set of privacy rules.

“The FCC’s midnight regulation has the potential to limit consumer choice, stifle innovation, and jeopardize data security by destabilizing the internet ecosystem,” Flake said in a Thursday press release. “Passing my resolution is the first step toward restoring a consumer-friendly approach to Internet privacy regulation that empowers consumers to make informed choices on if and how their data can be shared.”

The senator’s office said the resolution “would not change or lessen existing consumer privacy regulations,” rather it would prevent the FCC from expanding its regulatory jurisdiction and imposing “prescriptive data restrictions” on broadband providers— measures that Flake’s office said would “negatively impact consumers and the future of Internet innovation.”

If the House approves the act too, it “would be a crushing loss for online privacy,” the EFF said in a blog post. “ISPs act as gatekeepers to the Internet, giving them incredible access to records of what you do online. They shouldn’t be able to profit off of the information about what you search for, read about, purchase, and more without your consent.”

The EFF is asking U.S. residents to call their representatives to voice their displeasure over the CRA resolution.

Under the rules championed by Wheeler, Internet service providers (ISPs) would not only have had obtain consent from their subscribers and explain how and for what purpose the data is collected, they would have to provide such information whenever a new customer signed up for their service.

Pai, in a joint statement with Federal Trade Commission chairman Maureen K. Ohlhausen last month, however, said the rules did not provide the necessary “comprehensive and consistent framework” to be effective.

Pai put the original ruling to a vote earlier this month in a bid to halt its implementation. The successful 2-1 vote in favor of putting the rule on hold opened the door for Flake’s proposed resolution.