4 Reasons to Go for SSD Hosting 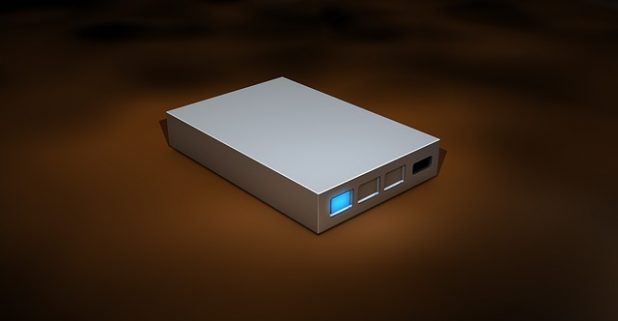 HDD, invented in 1956, was a major milestone in the world of technology. Of course, the capacity of the first HDDs would now be considered absurd, but at that point in time, it was something amazing. It didn’t take long for HDD to start dominating the world of Web hosting and it remained the greatest method for storing such a vast amount of information for a long time. But now, we have SSD and it seems the reign of HDD is about to be over. If you have yet to learn about SSD hosting, here are four reasons why every business out there should go for it. During the last couple of years, Google has been open about the fact that it wants to reward websites that offer visitors better user experience, and it has been doing so by improving their ranking. This means that if your website loads faster, you’ll have an advantage over your slower competitors. And there’s hardly a better way to make your website faster than to switch to SSD hosting. As your ranking on Google improves, you’ll get more hits and make more sales. Of course, this doesn’t mean you should stop investing in SEO and improving your online presence.

If you’ve noticed that your online shopping carts end up abandoned, chances are your store is too slow. In fact, studies have shown that a page not loading quickly enough is the reason for 87 percent of cart abandonments. If you switch to SSD hosting, your online store is guaranteed to load faster which is going to result in improved conversions for your business. Furthermore, switching to SSD hosting is going to make your store load faster for Smartphone and tablet users as well. This is something you should have in mind, since the number of mobile users is constantly increasing.

We all know standard hard drives are mechanical devices. This means there’s friction, vibration and heat. This is something that can always lead to storage device failure and significantly slow down your work. Of course, computer engineers are constantly working on improving HDDs and their failure rate is as low as three to five percent. Still, your drives will be much safer if you decide to switch to SSD, since their failure rates are in the region of 0.35 percent. SSDs aren’t as expensive as one would assume and switching to them won’t drain your budget. If you shop at places like Shopping Express, you can get an SSD of 500GB on discount and make your switch to SSD as inexpensive as possible. Finally, SSDs are known to be more energy efficient than standard HDDs. According to recent studies, they use five times less energy than HDDs, using an average 1.19 watts on a typical workload. This may not be much of a saving on a single drive, but spread that across all the drives your business uses, and you’ll be looking at a great way to scrape away some money. Also, by switching to a greener option in SSD, your business will be a step closer to being labeled environmentally friendly, which is something you should always aim for.

With all the reasons mentioned above, switching to SSD hosting is an easy decision to make, especially if you’re looking for a way to improve your online store. It’s only a matter of time before we all turn to SSD, and you should aim to make your switch as soon as possible if you want to stay in front of your competitors.

Dan Radak is a marketing professional with 11 years of experience. He is currently working with a number of companies in the field of digital marketing, closely collaborating with a couple of eCommerce companies. He is also a co-author on several technology websites and regular contributor to Technivorz.

How to Speed Up Your Shipping Process

Technologies That Will Revolutionize Online Retail