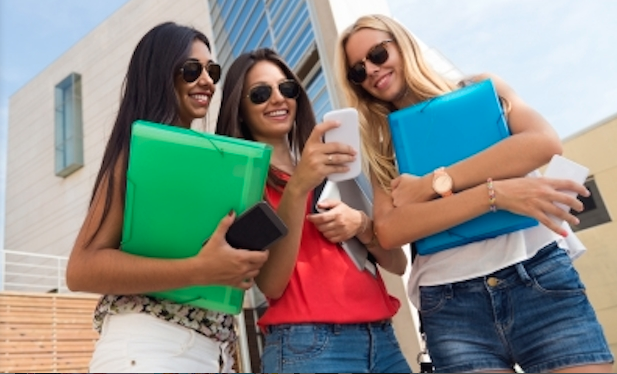 Social media is having an adverse effect on our children.

A new study from the University of Sheffield has found that children who spend more time on Facebook, WhatsApp and Snapchat are less happy than their peers who are less frequent users.

“Our results suggest that spending more time on social networks reduces the satisfaction that children feel with all aspects of their lives, except for their friendships,” the researchers wrote in a discussion paper.

Social media impacts how children feel about their school work as well as the school they attend. Children also tend to feel less happy about their appearance, family and life in general. The study also noted that “girls suffer more adverse effects than boys.”

Even one hour spent surfing social media each day can reduce a child’s happiness by up to 14 percent, the study found.

“This is not a trivial effect – being three times as large as the estimated adverse effect on wellbeing of being in a single parent household and is also larger than the effect of playing truant,” the researchers said.

While the largest majority of children using social media are teenagers, younger children are also increasingly using platforms like Facebook and WhatsApp. Although most platforms stipulate a minimum user age of 13, validation is rarely required. In fact, a survey for the children’s BBC channel discovered more than 75 percent of 10 to 12 year olds had social media accounts.

The study, which was based on a large representative sample of 10-15 year olds between 2010 and 2014, described social media as a core part of children’s lives, often being their “primary interface” with the Web.

“These are important findings given the central role of social media and social networking in children’s lives, and the fact that childhood wellbeing has been shown in previous research to have persistent effects into adult life,” the researchers wrote. “Our results suggest that interventions to limit social media uses during childhood may help to improve well-being.”