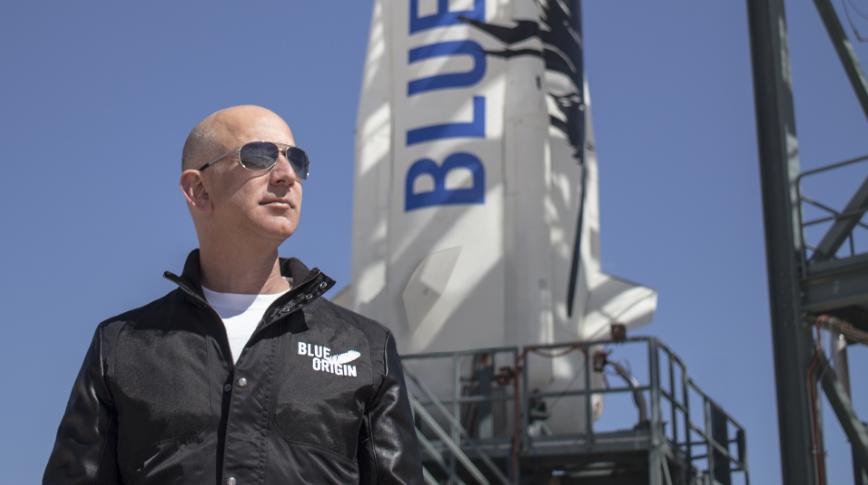 You will need two things to snag a ride aboard Amazon CEO Jeff Bezos’ Blue Origin spacecraft: a fat wallet and a strong bladder.

Bezos, while speaking at the 33rd annual Space Symposium, revealed that the three Ps — peeing, pooping and puking — are all off limits for tourists hitching a ride on his spacecraft.

Blue Origin trips will not be long, Bezos told the audience, so his company is not worrying about installing bathrooms onboard.

“Go to the bathroom in advance,” Bezos was quoted by Space.com. “The whole thing, from boarding until you’re back on the ground, is probably 40 or 41 minutes. So you’re going to be fine. You could dehydrate ever so slightly if you have a weak bladder.”

The actual trip will take only 11 minutes, with roughly four minutes of weightlessness, Bezos said. The remaining time will be spent on the ground.

Bezos said four minutes of zero gravity should be brief enough to prevent any stomach upset.

People rarely “throw up right away,” Bezos told the audience. “We’re not going to worry about it. It’s a delayed effect, and this journey takes 10 or 11 minutes. So you’re going to be fine.”

The spaceship is  autonomous, which means passengers will have no escort.

Passengers will have to undergo some light training, such as learning how to strap themselves in, to prepare for the flight.