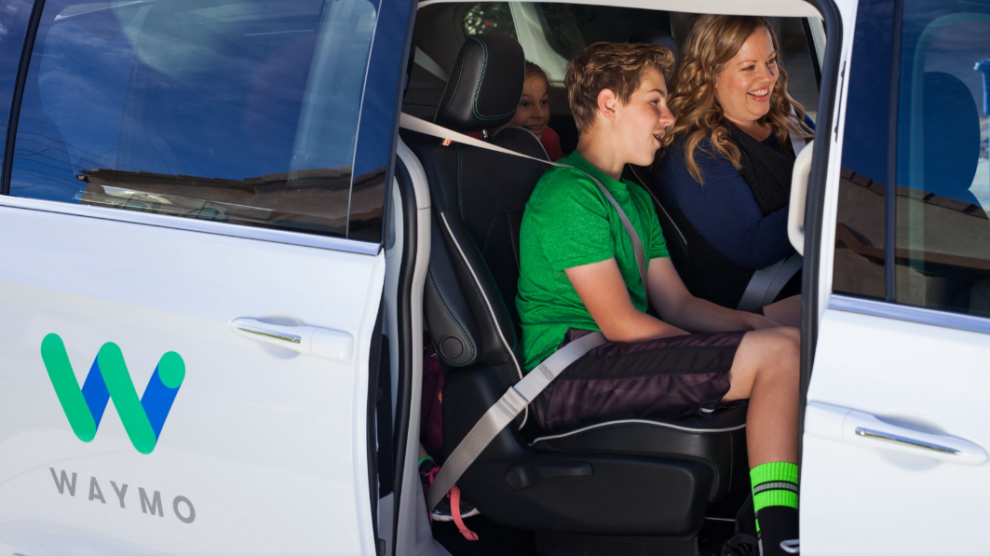 Alphabet’s autonomous car unit is adding 500 self-driving Chrysler Pacifica Hybrid minivans to its fleet as it opens up its early rider program to the public.

Waymo, the self-driving car company that came out from under Google’s umbrella last year, is now accepting applications from Phoenix residents to participate in the free ride program.

“Over the course of this trial, we’ll be accepting hundreds of people with diverse backgrounds and transportation needs who want to ride in and give feedback about Waymo’s self-driving cars,” Waymo CEO John Krafcik said in a blog post.

“Rather than offering people one or two rides, the goal of this program is to give participants access to our fleet every day, at any time, to go anywhere within an area that’s about twice the size of San Francisco.”

Those chosen to take part in the program will be able to use Waymo’s self-driving vans to drive to work, school or to a restaurant and other similar locations. The riders will then be asked for feedback on the experience. The program is a bid by Waymo to ensure its self-driving vehicles will be a hit with consumers when it brings them to market.

Anyone from the Phoenix metropolitan area, including Chandler, Tempe, Mesa and Gilbert can apply for the early rider program here.

The 500 new minivans are being added to the already 100 fully-automated Chrysler Pacifica Hybrid minivans that are part of Waymo’s self-driving test fleet.

As part of its partnership, Waymo and Fiat-Chrysler have engineering teams working together at a facility in southeastern Michigan. There, the minivans’ electrical, powertrain, chassis and structural systems are being altered to optimize them for Waymo’s self-driving technology.

Since the self-driving unit was formed as part of Google in 2009, its test vehicles have accumulated the equivalent of more than 300 years of human driving experience on city streets. That does not include the one billion simulated miles driven in 2016.