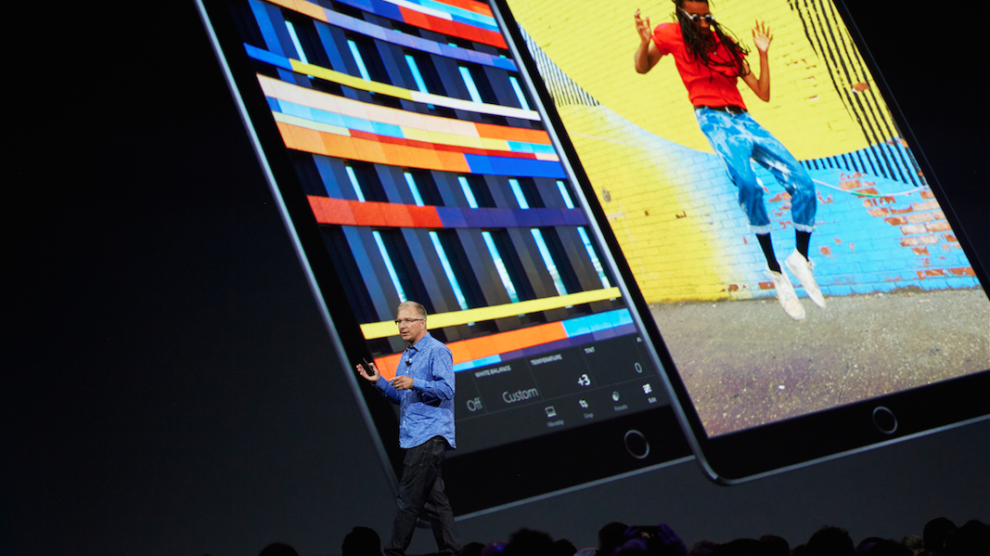 The iPad Pro has received a much-needed overhaul with better graphics and displays and even a brand new size.

Apple unveiled a 10.5-inch iPad Pro at its worldwide developer conference this week. The new 10.5-inch device — which replaces the 9.7-inch iPad Pro — has a display that is 20 percent larger yet Apple still managed to trim the borders by nearly 40 percent. Starting at $649, the new device weighs in a t just one pound. “These are by far the most powerful iPads we’ve ever created with the world’s most advanced displays featuring ProMotion, the powerful new A10X Fusion chip and the advanced camera system of iPhone 7,” Apple vice-president of product marketing Greg Joswiak said. “Together with iOS 11 these new iPad Pro models will radically change what users can do with iPad.”

Both iPad models boast advanced Retina displays with True Tone, which adjusts the white balance of the display to match the light around the user. The devices also offer a 12-megapixel camera with optical image stabilization as well as a seven-megapixel FaceTime HD camera. iPad Pro also features a four-speaker audio system.

The units both use a 64-bit A10X Fusion chip which “provides performance that is faster than most PC laptops shipping today,” Apple said in a press release, adding that “editing photos and 4K video, rendering 3D images or playing games feels effortless.”

What will take both models up a notch is the upcoming iPad-specific features Apple has promised to release this fall as part of iOS 11. A number of experts have described iOS 11 as a game changer that will make the iPad a real alternative to a laptop.

The new iOS features include: The new iPad Pro models are available for order from apple.com with deliveries beginning next week. Both models will be available in Apple Stores next week in the U.S., Canada Australia, China, France, Germany, Hong Kong, Italy, Japan, Netherlands, Russia, Spain, Sweden, Switzerland and the U.K.

Availability in India, Turkey and the UAE will follow later this month while Brazil, Mexico, South Korea will follow in July.