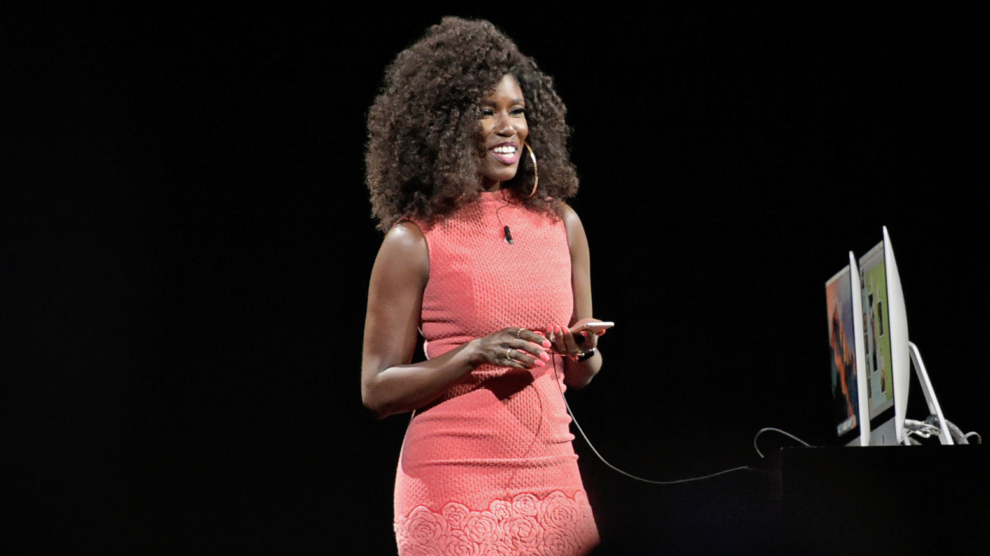 Uber is pulling out all the stops to repair its increasingly tarnished image.

The high-tech ride hailing service took to Twitter on Tuesday to announce it had hired Bozoma Saint John, the head of consumer marketing for Apple Music. The move is seen as a bid by Uber to improve its image.

Saint John is something of a celebrity in marketing circles. She, as Business Insider put it, “stole the show” at Apple’s developer conference in 2016 and, since then has become a high-profile name in the music industry.

As the company’s new chief brand officer, Saint John will be responsible for a massive make over of the Uber brand.

“Boz has a long track record of successfully creating emotional connections between people and the products they love,” Uber CEO Travis Kalanick told Variety. “Her creativity and deep understanding of consumers will allow us to build the same love and appreciation for Uber’s brand as we’ve built for Uber’s service.”

How Uber will benefit from Saint John’s move are glaringly obvious; the benefits of the career change for the 40-year-old marketing expert are less noticeable. Moving from one of America’s most-loved brands to Uber is, without a doubt, a big risk. But it is a challenge Saint John said she is ready for.

“I don’t think it will be a surprise to anybody that I consider myself a change agent,” she told Variety. “I love new challenges and the fact that I have the opportunity to create and craft and execute a brand vision — that’s incredible. There aren’t many chances to do that, so to me this is irresistible — it’s really a great opportunity to join a team that is looking for help in changing and building a brand.”

She described Uber as a “magical product,” but said the focus of its leadership, until know, has been solely on growing the business rather than crafting a “brand story.”

“Quite frankly, what has happened in the past is nothing that I can control,” Saint John told Business Insider. “But I do think there is a real opportunity for the future of Uber and what the vision is going to be.”