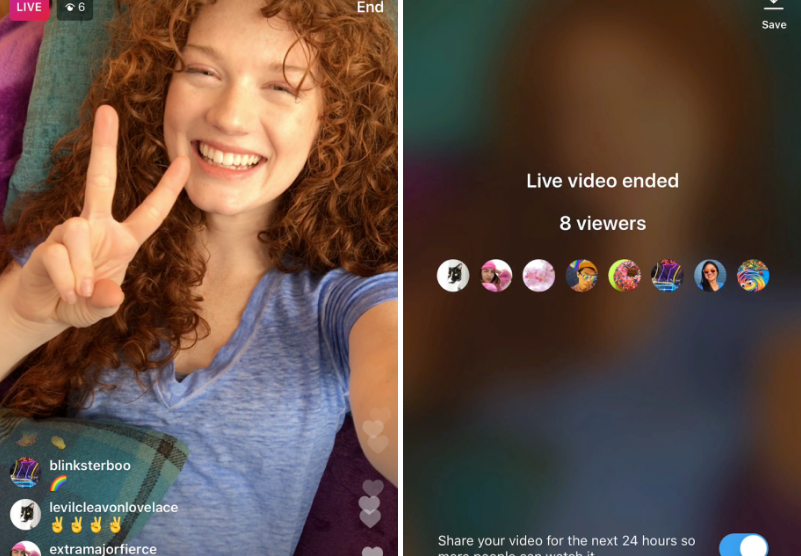 The Facebook-owned company now has 250 million daily active users of its Stories feature — an increase of 50 million since April. Instagram Stories, which is similar to Snapchat’s Stories feature, is meant to capture your daily photos and videos in a slideshow format. The images are not published to your profile; instead, they disappear after 24 hours has elapsed.

Instagram celebrated the news of its growing user base by introducing a new feature: the ability to save your public live broadcasts to Stories.

“We’re introducing the option to share a replay of your live video to Instagram Stories. Now, more of your friends and followers can catch up on what they missed,” reads an Instagram blog post.

“When your broadcast has ended, you’ll be able to tap ‘Share’ at the bottom of the screen to add your replay to Instagram Stories for 24 hours. You can also tap the toggle and choose ‘Discard,’ and your live video will disappear from the app as usual.”

After sharing a replay, your followers will see a play button under your profile photo in the stories bar. Tapping the button allows your followers to watch your video and and see comments and likes from the original post. There is an option to tap the right or left side of the screen to go forward or back 15 seconds, or tap ‘Send Message’ to reply. If you share more than one replay, arrows will appear at the top, enabling followers to jump between videos.

The update is available to both iOS and Android users.