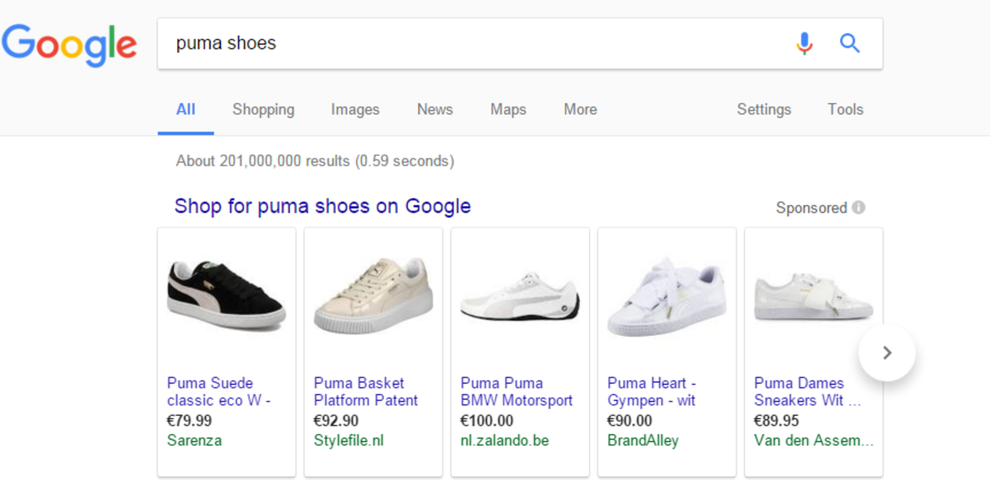 The European Union has slapped Google with a record-breaking fine of $2.7 billion for violating its anti-trust laws.

The European Commission, the executive arm of the European Union, today announced the massive fine, saying Google must change its ways within the next 90 days or fork over the money.

Google, the Commission says, has abused its market dominance as a search engine by illegally suppressing competition, giving its own products and services prominence over that of its competitors in its comparison shopping service.

“Google’s strategy for its comparison shopping service wasn’t just about attracting customers by making its product better than those of its rivals. Instead, Google abused its market dominance as a search engine by promoting its own comparison shopping service in its search results, and demoting those of competitors,” said Commissioner Margrethe Vestager in a press release.

“What Google has done is illegal under EU antitrust rules. It denied other companies the chance to compete on the merits and to innovate. And most importantly, it denied European consumers a genuine choice of services and the full benefits of innovation.”

Google, in a statement released today, said it “respectfully disagrees” with the Commission’s decision and will “consider an appeal.”

Google general counsel Kent Walker, in a lengthy blog post, had this to say:

When you shop online, you want to find the products you’re looking for quickly and easily. And advertisers want to promote those same products. That’s why Google shows shopping ads, connecting our users with thousands of advertisers, large and small, in ways that are useful for both.

We believe the European Commission’s online shopping decision underestimates the value of those kinds of fast and easy connections. While some comparison shopping sites naturally want Google to show them more prominently, our data show that people usually prefer links that take them directly to the products they want, not to websites where they have to repeat their searches.

We think our current shopping results are useful and are a much-improved version of the text-only ads we showed a decade ago. Showing ads that include pictures, ratings, and prices benefits us, our advertisers, and most of all, our users. And we show them only when your feedback tells us they are relevant. Thousands of European merchants use these ads to compete with larger companies like Amazon and eBay.

When the Commission asks why some comparison websites have not done as well as others, we think it should consider the many sites that have grown in this period — including platforms like Amazon and eBay. With its comparison tools, reviews, millions of retailers, and vast range of products from sneakers to groceries, Amazon is a formidable competitor and has become the first port of call for product searches.  And as Amazon has grown, it’s natural that some comparison services have proven less popular than others. We compete with Amazon and other sites for shopping-related searches by showing ever more useful product information.

When you use Google to search for products, we try to give you what you’re looking for. Our ability to do that well isn’t favoring ourselves, or any particular site or seller it’s the result of hard work and constant innovation, based on user feedback.

Google has, since officially being charged two years ago, attempted to appease the EU by making some changes to its business practices. None of them, however, went far enough to please the Commission. Google was warned at that time that if a settlement was not reached with the EU, it would be looking at massive fines and restrictions on its behavior.

Whether Google will also face fines due to this probe remains to be seen.