SpaceX is one step closer to sending private citizens into space.

The company’s CEO, Elon Musk, posted a picture on Instagram of the firm’s first spacesuit. The picture shows a man sitting in what appears to be a SpaceX spacecraft wearing a white and grey spacesuit with silver piping. The white helmet has a dark grey visor, but it is not so dark that the person’s face cannot be seen.

“First picture of SpaceX spacesuit. More in days to follow,” Musk wrote. “Worth noting that this actually works (not a mockup). Already tested to double vacuum pressure. Was incredibly hard to balance aesthetics and function. Easy to do either separately.”

As Space.com noted, it is unlikely the suits are intended for use outside of SpaceX’s spacecraft.

SpaceX is to be one of the first private companies to launch people into space. Musk’s firm has secured a contract with NASA to launch humans to the International Space Station with test flights set for next year.

SpaceX has also been contracted by two private citizens for “a trip around the Moon” in late 2018.

“They have already paid a significant deposit to do a Moon mission,” SpaceX said in a blog post. “Like the Apollo astronauts before them, these individuals will travel into space carrying the hopes and dreams of all humankind, driven by the universal human spirit of exploration.”

Health and fitness tests will be conducted this year, as well as initial training, the company said, adding that “other flight teams have also expressed strong interest and we expect more to follow.” 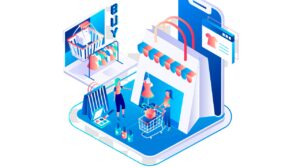