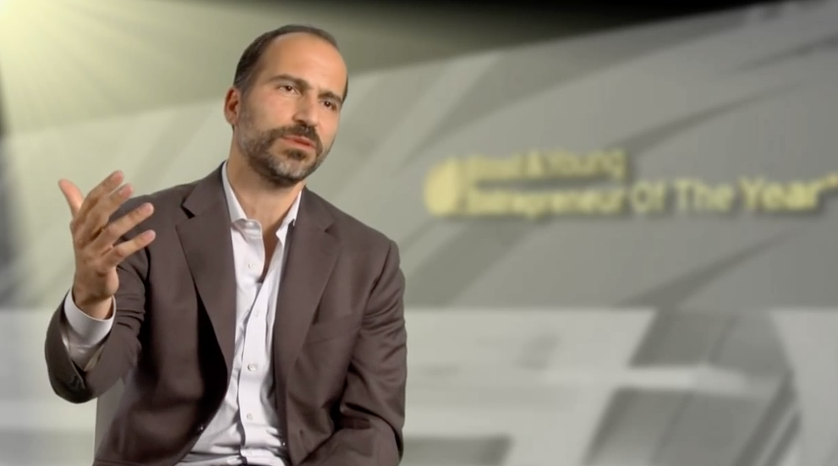 Uber’s board has made its choice on who will lead the beleaguered high-tech ride-hailing firm — and it is a choice no one was expecting.

While it was widely know that Hewlett-Packard Enterprises CEO Meg Whitman and GE’s departing top boss Jeff Immelt were top choices for the position, it was Dara Khosrowshahi, the CEO of Expedia, that the board ultimately selected.

Immelt, announced this weekend he was taking himself out of the running for the job via a tweet: “I have decided not to pursue a leadership position at Uber. I have immense respect for the company & founders – Travis, Garrett and Ryan.”

Sources told the Washington Post the decision was made after a weekend of meetings with the final two candidates.

People “with direct knowledge of the matter” told the Post the board was divided on the decision throughout the weekend, but ultimately settled on Khosrowshahi, who has been at Expedia’s helm for the past 12 years.

Khosrowshahi, 48, was born in Iran and immigrated to the United States with his family in 1979 at the age of 10. He is known for being an expert negotiator with a keen understanding of finance. Under his leadership, Expedia expanded  into more than 60 countries and acquired booking sites Travelocity and Orbitz, and home rental site HomeAway.

Khosrowshahi will replace Travis Kalanick, who resigned in June as Uber CEO amid shareholder pressure.

Kalanick’s leadership of Uber had been under question since the beginning of the year, during which time the company faced sexism allegations and issues with disgruntled drivers. Uber was also accused of stealing trade secrets from Alpahbet’s self-driving vehicle division, Waymo and was slapped with a $20 million fine by the FTC.

The hiring of  Khosrowshahi, a vocal critic of the president and his immigration ban, may bring back some of the users who deleted the Uber app in protest.