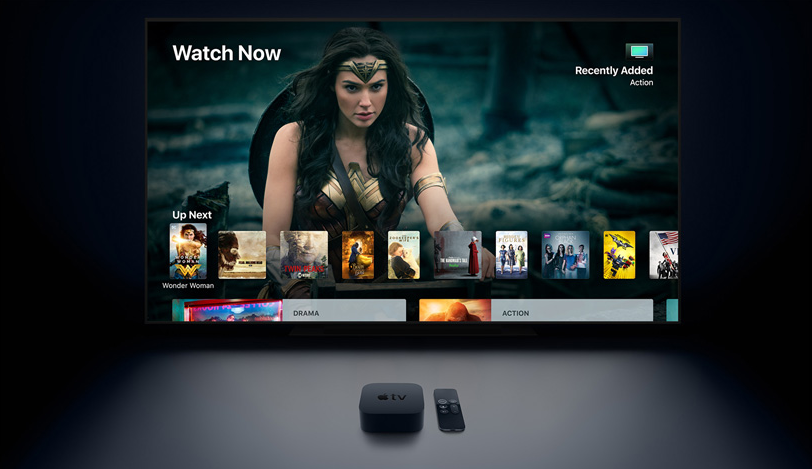 Why go to the theatre when you can buy a new Apple TV?

The Cupertino company this week unveiled its new Apple TV which comes loaded with 4K and HDR, the best high definition technology available.

Apple TV, which is now on an even playing field with  Amazon, Chrome and Roku, will soon offer 4K HDR content from popular video services such as Netflix and Amazon Prime Video as well.

“Bring the magic of the cinema straight to your living room with the new Apple TV 4K,” Apple senior vice-president of Internet software and services Eddy Cue said in a press release. “Customers will love watching stunning 4K HDR movies from an impressive catalog on iTunes, while also getting automatic upgrades of 4K HDR movies already in their iTunes library and enjoying 4K content” from other services.

The new Apple TV was built using the A10X Fusion chip — the same chip that powers iPad Pro — and offers support for both Dolby Vision and HDR10. It has a built-in high-performance 4K video scaler to make HD content look even more crisp and automatic detection of a 4K TV’s capabilities, which optimizes setup for the best quality picture.

Both the 32G and 64G Apple TV boxes will be available for pre-order this Friday and for purchase on Sept. 22.

The full specs for the new device are available here.