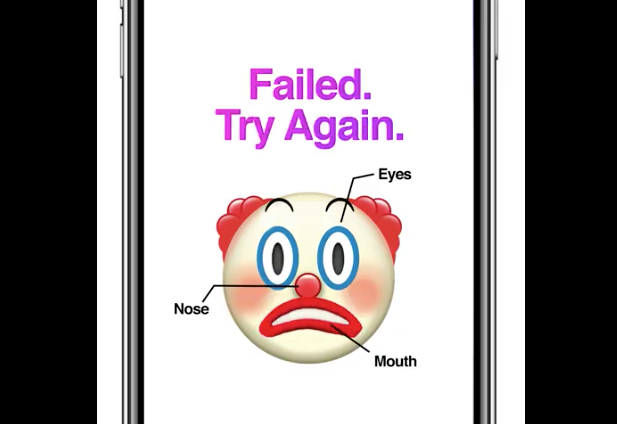 Huawei is using Apple to promote its upcoming flagship phone.

The Chinese Smartphone maker took a swipe at the Cupertino company’s recently-launched iPhone X in a Facebook post, saying “the real AI phone” will launch Oct. 16 when Huawei will unveil its flagship handset: the Mate 10.

The video mocked the iPhone X’s Face ID, a type of security technology that uses a depth-sensing front camera to unlock the device once it recognizes the owner’s face. The technology — which comes courtesy of the device’s A11 Bionic chip with neural engine — is also used to enable Apple Pay and access to secure apps.

Huawei, however, portrayed the iPhone X’s AI-run Face ID as faulty and ineffectual.

The tongue-in-cheek video can be seen below:

Huawei, at last month’s IFA consumer-electronics trade show in Berlin, said it was hard at work on its new chip: the Kirin 970. The new system-on-a-chip (SoC) has built-in AI computing capabilities thanks to its neural processing unit (NPU). The Kirin 970 will be part of the company’s Mate 10.

The specs of the Mate 10 are not yet known. Whether it will actually best the iPhone X remains to be seen.