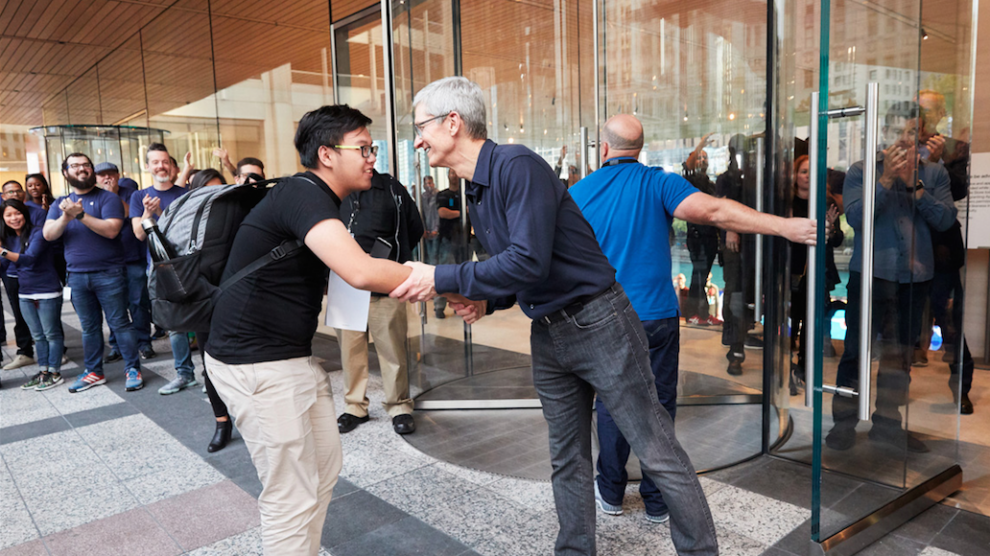 Apple was definitely going for the wow factor when it constructed its newly-opened store in Chicago, Illinois.

The store, known as Apple Michigan Avenue, is intended to be a gathering place for the community.

Thousands attended the Friday night opening, and thousands more are expected at ‘The Chicago Series’ which begins today. Hosted by Apple, the month-long set of events will give attendees the tools they need to pursue a number of digital hobbies: everything from photography to music to coding to app design.

“Apple Michigan Avenue is about removing boundaries between inside and outside, reviving important urban connections within the city,” Apple chief design officer Jony Ive said. “It unites a historic city plaza that had been cut off from the water, giving Chicago a dynamic new arena that flows effortlessly down to the river.”