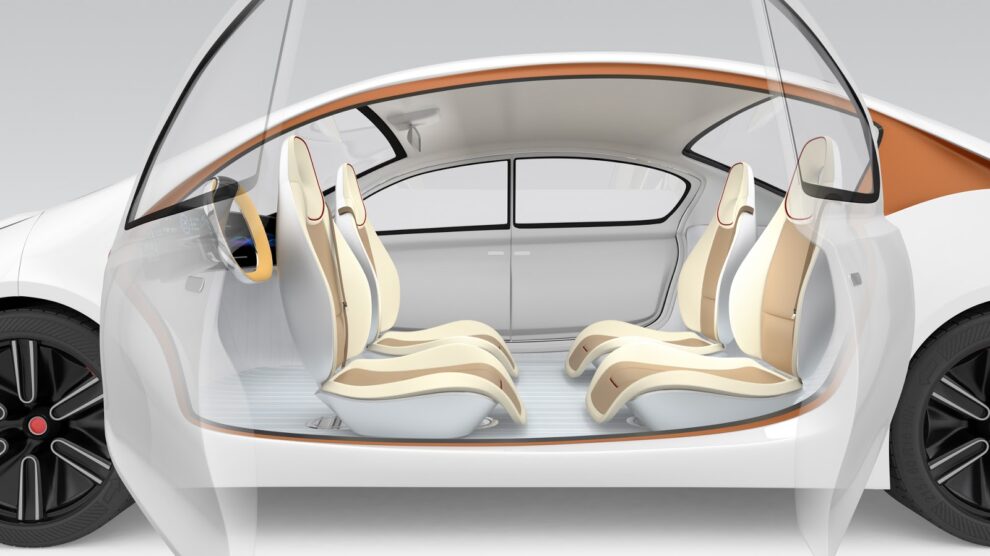 Imagine spending your commute working out on state of the art gym equipment, getting your reps in while you sit stuck in traffic. Or maybe you could spend your time on the road having a meeting with a boardroom’s worth of other executives and colleagues. You might even find yourself spending an eight-hour bus ride between cities sampling a tasting menu from some of the finest chefs on the planet.

While all of this might sound nonsensical, these possibilities might all become realities with the advent of the self-driving car. These autonomous cars are poised to irreversibly change the economy — and change our world forever. With Uber, Tesla and Toyota all making leaps and bounds with driverless technology, it’s time to start thinking about how these cars will impact our daily lives.

A timeline for the very near future

New research published by consulting firm McKinsey in time for the Geneva Motor Show set forth a 10-stage prediction for the next few decades of the autonomous car and the economy.

The report claims that the first phase of change is already in action, and between now and 2023 we will see autonomous vehicles used for mine clearing and dangerous commercial transport. Most vehicle manufacturers will get on board at this stage, because if they don’t they will surely be left behind as the industry advances in leaps and bounds.

By the next phase (around 2037) automated vehicles will be fully adopted across the spectrum, and economic changes will be clear and dramatic. McKinsey predicts that automation will make driving safer than ever, and car accident related healthcare savings would be in the $190 billion US range. In addition to these savings, on average, we will have an extra 50 minutes of free time per day.

That is where the opening options might come in. Imagine automated bar cars that can drive you and your party around a hip city all night, or a fully equipped gym vehicle that allows you to get your workout completed on your commute. In fully automated vehicles kitted out like luxury hotels, door-to-door long haul travel might become more attractive. The possibilities are endless.

Self driving cars will eliminate certain industries – and create others

Ever since the dawn of motorized vehicles, entire industries and economies have sprung up alongside the almighty car. Petrol stations, roadside motels, drive thru fast food restaurants, car rental kiosks and auto body shops are just a few of the enterprises that thrive because of our love for the open road. However, in the future world of the driverless car, none of these industries will be necessary.
The entire U.S. and European economies will need to shift and change dramatically if they are to adapt to the future. Scores of jobs will be lost as more and more tasks are automated (not limited only to the driving industries).
However, this is not a reason to despair. In fact, due to the development of new technologies in the driving industry, countless new industries will develop alongside the automated car industry, as needs and consumer demands change. This shift will be incredibly disruptive both economically and socially, matched only by the massive shift in technology caused by the invention of the steam engine or the birth of electricity.

5 Industries that the Autonomous Car Will Disrupt:

Driverless cars will be able to stack tightly and neatly into compact spaces, and then go to pick up their passengers when summoned. Sprawling car parks, multi-story car garages and scores of street parking spaces will all be rendered unnecessary.

In some big U.S. cities, more than one-third of the city real estate is used for parking. With cars able to park in ever tighter spaces, this real estate will be opened up for housing, leisure and industry. Easier and quicker commutes mean that people can live ever further from the city centres. Washington, D.C. officials and cameras issued more than 750 tickets day for speeding in 2014— adding up to roughly $37.5 million worth of fines. Similarly, parking tickets will be a thing of the past, along with all of the revenue that they bring to big cities. With no tickets, no mobile apps for drivers will be necessary either.

Nearly 90 percent of car accidents are caused by human error, and this had led to a massive insurance industry around the globe. As autonomous vehicles take over, we can expect to see a huge and rapid decline in this industry.

Fewer people will need a place to rest their head for the night on a long road trip – your vehicle can be your five-star hotel room on the move. Imagine a self-driving RV – you could cover all of the ground at night and spend your waking hours relaxing and enjoying your holiday.

Giles Kirkland is a car mechanic and an automotive expert at Oponeo who is always after testing out new technological solutions. His most recent interests revolve around autonomy and interactivity used in modern cars. He is keen on blogging, so he happily shares his knowledge and experience with readers from all over the world.