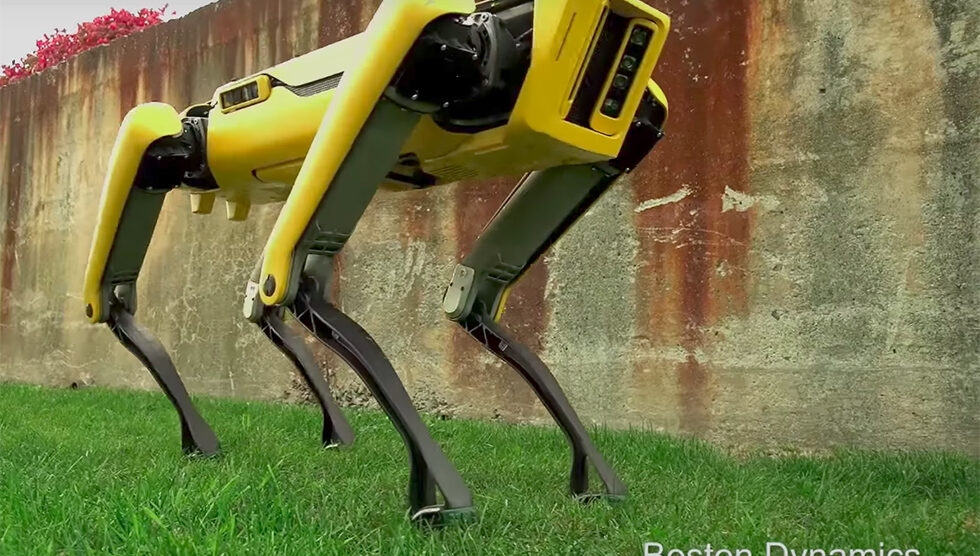 Either one could describe Boston Dynamics’ latest version of its robo-dog.

Boston Dynamics, which is known worldwide for its innovative machines, has released a new video of its new SpotMini in action.

The latest version comes without the original long neck and snapping, claw-like jaws. Instead, the robot appears to be a headless canine covered in smooth, yellow and black plastic-like material.

It runs with a smooth dog-like gait and, in the posted clip, stops on a dime to crouch and stare into the camera. From that angle, the robot’s square, sensor-filled face looks a little creepy, but judge for yourself:

There is no word yet on exactly what uses the robot will have, but on its landing page, Boston Dynamics says it “comfortably fits in an office or home” which implies it will be of use to homeowners and businesses.

The robot weighs in around 30 kilograms and can go for about 90 minutes on a charge, depending on what it is doing, be it climbing stairs, walking around the house or navigating the outdoors.