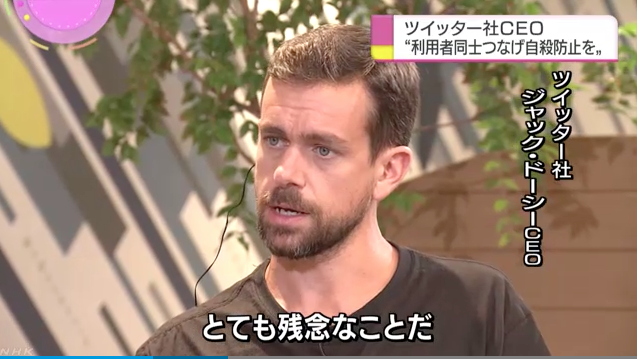 As if Twitter didn’t have enough problems on its plate with faltering user numbers and accusations of fake news, the microblogging site has now been linked to a series of murders in Japan.

An alleged serial killer, known as the ‘Twitter killer,’ in Japan, is thought to have used the platform to lure to his home victims who had tweeted suicidal thoughts. According to media reports, police discovered the dismembered bodies of nine people at the home of Takahiro Shiraishi, located just outside of Tokyo.

CEO Jack Dorsey, who is in Japan this week to discuss ways to address hate speech on Twitter, described the news as “very unfortunate and extremely sad,” in an interview with public broadcaster NHK.

“We need to take on the responsibility to make sure our tool is being used in positive and healthy ways,” he said, but added that it is simply not possible to police every tweet on the platform.

He told NHK he hopes Twitter can help people with suicidal thoughts by connecting them with other users who can help.

You may not promote or encourage suicide or self-harm. When we receive reports that a person is threatening suicide or self-harm, we may take a number of steps to assist them, such as reaching out to that person and providing resources such as contact information for our mental health partners.

Hate speech continues to be prevalent on social media in Japan — the country with the second highest rate of Twitter users after the U.S. Japanese users have been vocal in their calls for Twitter to solve the problem, which came to a head when well known model and actress Kiko Mizuhara was harassed on the platform.