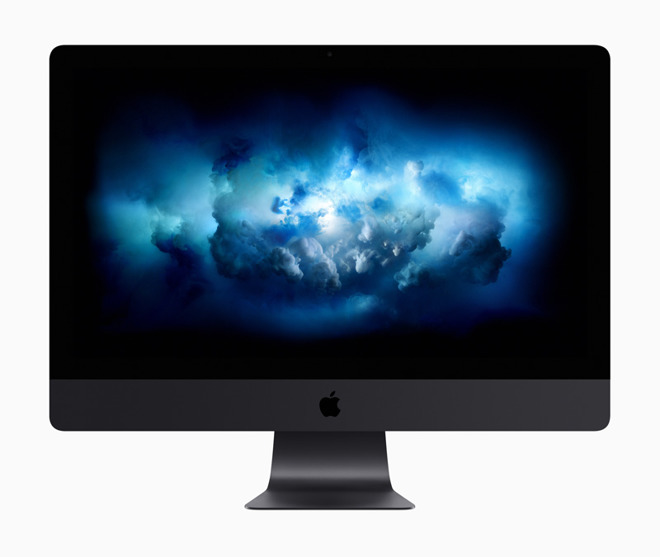 In its usual cryptic style, Apple has updated its website to announce iMac Pro would go on sale this Thursday, but did not release any pricing info, although media reports indicate the computer will start at $4,999.

Not meant for the average user, this device gives creative professionals the power they need to take on a variety of tasks — editing 4K video, for instance.

“Pros love iMac. So when they asked us to build them a killer iMac, we went all in,” Apple said on its iMac Pro webpage. “And then we went way, way beyond, creating an iMac packed with the most staggeringly powerful collection of workstation-class graphics, processors, storage, memory, and I/O of any Mac ever. And we did it without adding a millimeter to its iconic all-in-one design. So everyone from video editors to 3D animators to musicians to software developers to scientists can do what they do like they’ve never done before.”

The device, which Apple first announced back in June at its annual worldwide developers’ conference, will boast a 27-inch, 5K Retina display with 5120‑by‑2880 resolution. The machine has eight-, 10- and 18-core Xeon processor options, 128GB of memory and 1TB of storage, configurable to 2T or 4TB SSD.

So far, the machine is getting rave reviews from early testers:

It’s by far the fastest Mac I’ve ever used. And in conjunction with #FCPX 10.4 you can do some pretty astonishing things with it!

I was able to put iMac Pro through its paces early, so I tried out my most complex Logic sessions and everything is much faster and smoother. The all-in-one design puts everything I need in one place, and I’m loving the Space Gray color.

New #imacpro absolutely off the charts in terms of performance. What a machine.. pic.twitter.com/LwSzQydYV3

To learn more about if the iMac Pro is useful for your needs, check out the specs, here.