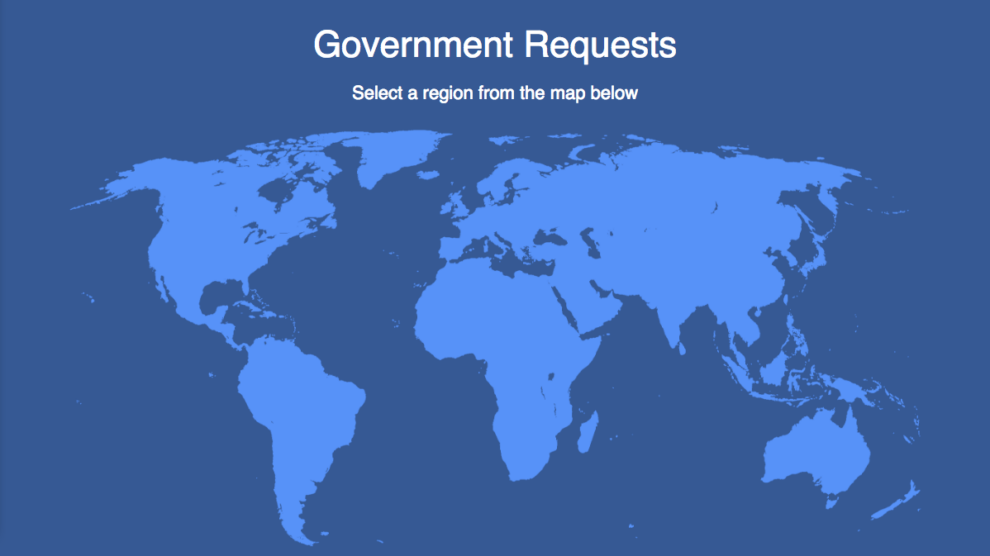 The social networking company, in its latest Transparency Report, revealed that requests had risen globally by 21 percent — rising from 64,279 to 78,890 in the past six months.

The U.S., in the past, has always submitted the most requests for user data and that did not change in the first six months of 2017. In fact, a whopping 32,716 of the more than 78,000 requests came from American law enforcement agencies. And of the more than 32,000 requests, 57 percent of them contained a non-disclosure order that prevented Facebook from notifying impacted users — an increase from 50 percent in the previous six months.

The 32,716 data requests made by the U.S. impacted 52,280 user accounts. Facebook granted at least some data in 85 percent of the requests.

“We continue to carefully scrutinize each request we receive for account data — whether from an authority in the U.S., Europe, or elsewhere — to make sure it is legally sufficient,” Facebook Deputy General Counsel Chris Sonderby said in a blog post. “If a request appears to be deficient or overly broad, we push back, and will fight in court, if necessary.”

Facebook also witnessed a 304 percent global increase in the number of content restrictions for violating local law, jumping from from 6,944 in the latter half of 2016 to 28,036 in the first six months of 2017.

“This increase was primarily driven by a request from Mexican law enforcement to remove instances of a video depicting a school shooting in Monterrey in January,” Sonderby explained. “We restricted access in Mexico to 20,506 instances of the video in the first half of 2017.”