We are all now connected by the Internet, like neurons in a giant brain. ~ Stephen Hawking.

The late scientist Stephen Hawking nailed it right. The Internet is a massive brain. What else can we call a network of mobiles, computers, supercomputers and devices? The Internet is a modern-day nerve connection that collects and spreads data at the speed of thought.

It is so powerful that entire business empires have been built on it. The Internet has also permanently eliminated erstwhile businesses and services.

It is hard to imagine that such a powerful communication system began as a network of half a dozen devices. The data that was sent in the first transaction was one fourth what we sent out in the second today.

The Internet has grown with leaps and bounds. We can’t help but trace back its history and revisit the milestones that set the pace for rapid adoption.

Here is an infographic developed by SSL2BUY that will help take a walk down the timeline of the Internet. Rest assured that you will no longer look at the Internet as a taken-for-granted tool. It is an evolution that is still happening.

Brought to you by SSL2BUY Colour Psychology and How It Can Impact Your Brand

Here we have a useful infographic that we have designed that features information about colour psychology to help you... 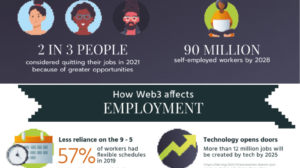 Web 3, Sovereignty, and the Future of Work

Self-sovereignty is the ability for an individual or business to have sole ownership over the control of their accounts... 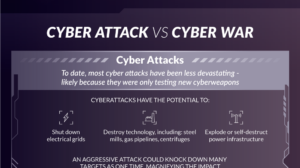 In 2022, just hours before Russian troops invaded, Ukraine was hit by new malware designed to wipe data. In the first...