Offshore outsourcing and the concept of remote staffing is extremely well entrenched today. The virtual worker is omnipresent across industries and domains throughout not just the States but all over the world. In many ways, the offshore remote employee epitomizes the benefits of neo-globalization- where physical, cultural and political boundaries are irrelevant, where two entities come together in the spirit of entrepreneurship and innovation to create something that is meaningful. Recent murmurings amongst political circles notwithstanding, offshoring will continue to grow, especially remote staffing. The concept of a workplace is also going to change with remote staffing replacing in-house or on-site hiring in many departments, even core ones.

The cost of doing business

A physical office does not come cheap. It’s important, yes, but not necessary for all businesses. Many new age entrepreneurs prefer to work out of their home and their entire company is on the cloud! They can easily outsource specific jobs to vendors or freelancers. This brings down the cost of doing business drastically, since there is basically no overhead! No office space to rent, maintain and secure. Unless rents come down drastically, I see this trend continuing.

Who is today’s entrepreneur?

The new age entrepreneur is from a generation which has grown up taking the internet and all things associated for granted. Many of them were teenagers when the dot com revolution happened. They are the first generation which started to think of ways to use the internet as an integral part of their business model and not just as a useful tool. There are also more entrepreneurs per capita today than ever before. Hence, the competition for funding is intense. Venture capitalists and financial institutions today look for not just a great idea but also a good and viable business model. A business model which is able to save up to 70 percent on potential costs through offshoring will obviously be more attractive.

The advent of shared and temporary workspaces

The concept of shared workspaces is nothing new, neither are temporary workspaces. Businessmen often rented hotel suites or conference rooms in hotels to conduct meetings, seminars etc. Today, this practice has given birth to an entirely new businesses – that of shared spaces and temporary meeting rooms, often in downtown areas of the city, at locations which is looked upon as both posh and convenient.

Offices, while often redundant for the modern entrepreneur as a work space, become important, especially when needed to conduct meetings, entertain investors or clients and or required for a central headquarters for your business, even if briefly for a crucial project. Temporary workspaces and meeting rooms, often built alongside cafes cater to this segment, thus further reducing the need for a permanent office space. It’s a growing trend and if things keep on the same track, we might see the demise of traditional offices, with only the biggest of firms keeping permanent central offices. For small businesses, offices might disappear altogether.

Google was one of the first employers to design the workplace for the future – a place which looks less like a corporate office and more like a club or party zone where one would go to chill out. While their business model was acquiring extremely creative talent, talent which came with its own quirks and which, the company quickly realized, might be ill suited to a strictly corporate environment, in a small cubicle. While Google started it, others too have followed suit, especially the large corporations to varying degrees. In fact, having a cool workplace is considered a major value proposition to consider while joining an organization within a generation which is essentially post millennial.

The advent of AI and automation has also reduced the number of jobs in areas like data entry, customer service, management etc. Jobs such as this, essentially clerical in nature and not requiring a high degree of creativity but rather precision have traditionally taken up the majority of the workspace in offices. With these gone, and creativity and innovation becoming the name of the game, the nature of offices was bound to change, as would the average employee in most organizations. While large corporations like Google and Facebook can afford multi-billion dollar real estate to sustain sprawling campuses across the globe, small and medium business owners or startups can hardly afford such luxuries. Top notch talent in the industry across all domains, however, now demands a stress free and state of the art workspace. So companies will either continue to outsource to elite freelancers who work from their own setups, often from the comfort of their homes; or they will look to outsource to offshore companies, who while able to afford all necessary amenities for its employees, will still be a lot cheaper than local resources.

The proliferation of the remote employee will continue, especially the offshore component. The world is genuinely shrinking, and any project today, especially one dealing with technology and innovation, has to be a collaborative affair between the proverbial west and east. The balance of global business rests on the fluidity of such a collaboration, where ideas hatched in Oregon or Kansas can be worked upon and made possible in a Bangalore or Mumbai or Manila. And while we might chose to celebrate this as the ultimate achievement of globalization, this has been going on for centuries, albeit not always perfectly, or willingly. Hark back to the days when spices were a rare commodity. It was the trade between Europe and Asia which proved to be crucial in establishing strong cultural links, ultimately bringing people closer together and creating the current world order. It wasn’t always perfect…far from it in fact, and politics always had a fair share in it. But it was critical nevertheless. Today, the situation is again similar, where political rhetoric is firmly against outsourcing, but the trend of the remote worker has only increased, since political rhetoric and economic realities don’t often mesh. 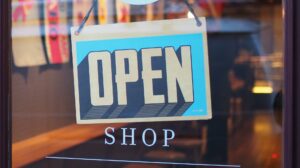 John Tie is working as a Digital Marketer and content strategist with Virtual Employee, remote staffing company, offering affordable and scalable remote staffing solutions for mainly Small and Medium Businesses (SMEs) around the world in over 150 domains. He is a versatile tech writer and loves exploring the latest technology trends, entrepreneur and startup column.