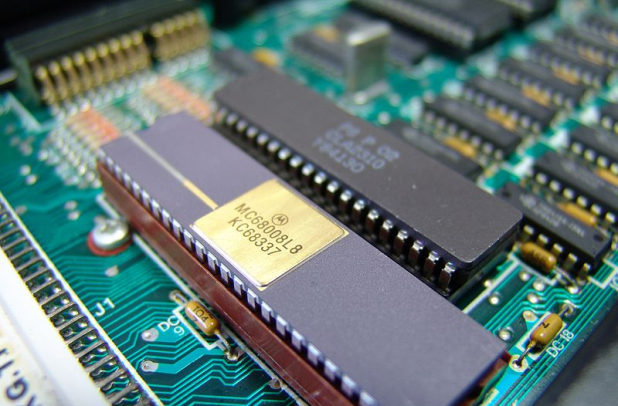 Blockchain is already expected by many to influence a significant chunk of tomorrow’s tech industry. In fact, quite a few futurists expect it to shape the future similar to how the internet caused entire markets to appear. The emergence of online platforms is what made it possible to do things like buy targeted traffic or even order fresh produce off of the web, after all.

However, it would seem that another promising technology is threatening the potential of Blockchain, with quantum computers being the only danger to the digital ledger network. If scientists actually succeed in bringing this computing technology to the public, it would make the power of Blockchain practically useless.

Before you can start understanding how quantum computers can pose a threat to Blockchain, the first step is to understand what quantum computers are. When talking about this subject, the only thing that most people likely know about it is that it’s a more powerful form of computer than what is currently available. While this is not technically wrong, it’s a bit more complicated than that.

The basic idea of quantum computer is simply taking computing to the subatomic level. Conventional computer technology is currently limited by size because Moore’s Law will inevitably kick in at some point. This is when engineers run up against the wall of how much they can reduce the sizes of transistors. With quantum computing, however, this issue can easily be addressed and computing speeds can be increased exponentially. This is where the problem with Blockchain comes in.

Of course, this is putting the potential and the technical details with regards to quantum computers in an almost insultingly simplistic manner. It would not be an exaggeration to say that to truly explain and grasp the specifics of quantum computers, one would need to have a phenomenal grasp of not only computer technology but also of mathematics.

Fortunately for governments and some of the largest tech companies in the world, there are plenty of brilliant minds to spare. After all, quantum computers have a nearly limitless potential for use, from drawing in quality web traffic to overhauling entire industries. Its military applications are endless, as well, which makes agencies like the Pentagon keenly interested in its development. For all intents and purposes, Blockchain was supposed to be the revolutionary new technological innovation that would have changed the world. Not only does it provide unparalleled transparency, it was also supposed to be virtually impervious to hacking. This is due to the fact that Blockchain is composed of a network of encrypted nodes instead of a single one or even one server network, which then forms a chain.

This has since resulted in a lot of interest among companies and government bodies in terms of the applications of Blockchain. If it can somehow be harnessed in such a way that will suit any industry, transaction, or arrangement, the implications include unparalleled security. This is not something that the current online security scene can offer.

Jobs in the Blockchain market have seen a rise over the past year, with cryptocurrency jobs experiencing a boom. There might be issues that still concern tech experts, but the confidence in the digital ledger technology is growing. A lot of this is simply due to the generally agreed upon fact that Blockchain is nearly impossible to hack.

It’s practically impossible to pin down access to any one storage of information while it is on the move through the node chains. The only way that it could be done is by exponentially increasing processing power compared to what is available to hackers right now. You can probably already see where this is going in relation to quantum computing and why it’s such a big threat to Blockchain.

From simply looking at the situation, it’s already clear that Blockchain and quantum computers are two opposing forces, with the latter being a major threat to the former. If quantum computers make it to the mass market, Blockchain becomes obsolete before it even has a chance to take off. It really is just as simple as that.

Now, this is not to say that quantum computers will become widely available to the public in a few short years. At best, the first quantum computers that will be accessible to major companies at exorbitantly high prices are expected to arrive on the market a decade from now. This means that Blockchain will still have a few good years to gain a foothold before quantum computers become a significant enough threat to it.

The problem with regards to quantum computers and Blockchain can be summed up in a few simple points. You can refer to the following for a list of just some of these:

It probably goes without saying, but two competing technologies inevitably result in one being completely overrun by the other. In this case, quantum computers is basically the kryptonite to Blockchain since it’s the only thing, so far, that has the biggest chance of derailing the digital ledger technology.

This then makes quantum computers the most potent weapon that hackers can use in order to unravel Blockchain, as a whole. Everything from online bank transactions to entire elections could then be placed at risk if they are using Blockchain technology. Services such as AliExpress coupon code offers, online shopping packages, and similar deals built on the technology could suffer, as well. Fortunately, there is actually a solution to this particular issue.

While the normal course of history involves competing new technology completely obliterating one or the other, there are also cases wherein they could combine and form an entirely new system. This synthesis of technologies takes the best parts of the innovations and then melds them to form a new, even stronger form.

In the case of Blockchain and quantum computing, they can combine and form Quantum Blockchain, which takes the complex network from the digital ledger technology and fast processing power of quantum computers, and fuses them. Together, they can address the glaring issues that one presents with regards to the other and cancels the need for Blockchain to be eliminated by quantum computers.

To be clear, synthesis would not get rid of all of the problems that both technologies pose to each other. There are inevitably going to be features of Blockchain that simply can’t be integrated into quantum computers and vice versa. However, this is still arguably a much better arrangement than simply counting on cyber criminals to not use quantum computers to break through Blockchain security.

Even if there is a need to compromise in terms of what services can be provided using this solution, this is how the adoption of new technology has always been, anyway. It would be preferable for services like Asos discount code deals and the like to become more limited than give up everything that could be achieved by combining Blockchain and quantum computers. There’s also the fact that the benefits are more likely to outweigh the cons than the other way around, especially with regards to security.

My name is Novo Benaojan and I have been an avid online marketer, SEO, web designer, and cyber savant for many years. I like to share what I know and have learned with those who are looking for that information.

Most Exciting Benefits of Outsourcing Software Development for Your Business!