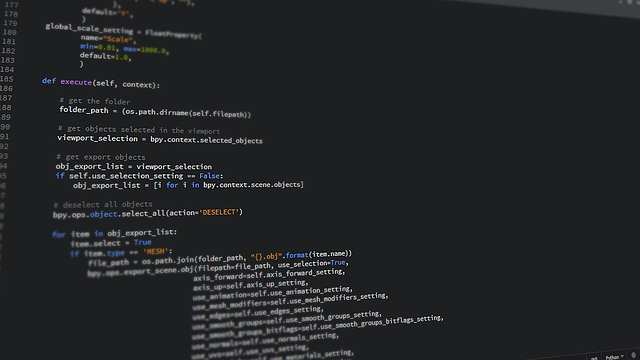 With myriad of programming languages, what makes Python training irresistible is undoubtedly its features. Let’s take a look at the top ones.

1. Easy to Learn and Use

Python is a minimalistic language which offers great readability. This is a boon when it comes to maintenance and updates since the clean and readable code that you write in Python reduces time and effort.

Its shockingly simple syntax also makes it one of the easiest languages to learn. In fact, an online Python course should be enough to suffice your learning.

Compared to other languages, Python is more expressive. This means that all programs made in another language could be made in Python too but the reverse may not be possible due to local transformations. The various constructs in Python allows programmers to focus on the solution rather than the syntax thus increasing their productivity.

Being a modern programming language, Python supports many programming paradigms. This is why Python is extensively used to develop large and complex software applications. It completely supports object oriented and structured programming. The features support several concepts in functional and aspect-oriented programming. At the same time, Python also boasts of automatic memory management and dynamic type system.

Python is compatible with all major platforms and systems. It runs on Mac OS X, Windows, Linux, Unix, Android, and iOS among other operating systems. It can also be ported to other specialized or older systems. Thus a code written in one OS can be easily run on different machines without having to write it again or changing it.

Languages like C++ or Java must be compiled first and then run. But in Python, there is no need for it because the source code is first converted into an immediate form called bytecode.

The source code is executed line by line for interpreted languages making it easier to debug the code.

Being an interpreted language, the same Python code can be run on different platforms and tools without recompilation. Thus, any changes made wouldn’t need to be compiled again. Thus, the impact of the altered code can be run and verified immediately without increasing development time.

Python is a very fine example of FLOSS i.e. Free/Libre and Open Source Software. It is freely available to download from its official site and its source code is available to the public on GitHub. It is legal to freely download, use, modify, and distribute it. This is the reason why we have an active Python community whose only goal is to better Python.

Python’s large standard library serves all your precise needs via its wide range of modules. Additionally, you could add functionality to the application without writing additional code for every other need. There are specific modules for web services, string operations, databases, computing, emails, and a lot more.

This key feature makes Python a programmer friendly language. A programmer doesn’t need to know the system architecture of Python. Also, due to Python’s automatic memory allocation, there is no need to worry about memory management.

Some of the Python code can be written in other languages like C and C++. These languages can compile the code which can be further used in Python. We could thus attach a C library to Python increasing its functionality. In this way, it can be extended to other languages.

In Python programs, there is no need to specify the data type of variables while we declare them. This is because the type for a value is not decided in advance, instead it is decided at run time.

In other strictly typed languages, memory is assigned based on the variable type assigned. But in Python, the value is stored at some memory location and binds the variable name to the same. The contents of this container is thus accessible through it. Thus, the type of value does not matter till run time.

Python is basically an object oriented programming language which models the real world well. It wraps up data and functions into a single unit and focuses on objects. These are achieved through classes. Unlike Java, it supports multiple inheritance.

With so many features that make it truly dynamic and multi-purpose, Python has been rightfully declared as the most popular language to learn (Stack Overflow Survey, 2018). So, you should aim to start learning Python today and boost your resume.