The Future of Charging with USB-C Power Delivery

By Usman Haq in Sponsored Technology 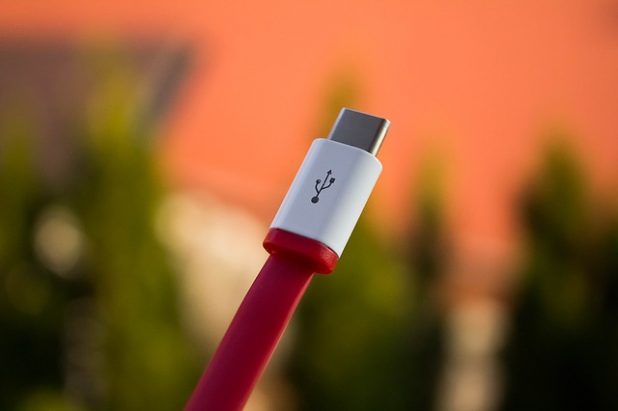 Charging our portable devices is one of the most common things that we all do each day. That said, even though it’s something that is so imperative to our lives, as charging a laptop or smartphone is also connected to the way we socialize with others and also for work and school, too; many people don’t think about charging past its initial stage. What we mean by that is how charging is changing and adapting to nearly all the portable devices that we use.

Smartphones are using better tech these days, such as the use of faster and more powerful processors, the use of an OLED display with a phone is now getting more common, and the camera quality is outstanding. With all these higher-end specs, the use of a larger battery is needed and so is fast charging tech.

The same thing can be said about laptops, too, however, some laptops on the market have somewhat reached a plateau in terms of power. So the main improvement that many laptops are undergoing is a new way to recharge.

The standard port called USB-C is changing that though, and this is where things get interesting. That’s because USB-C is not only be used with nearly all Android smartphones, it’s now being used with smaller devices such as headphones, mouses, keyboards, and laptops, too, and we’ll get to that a little later. The new standard is also being used for USB-C power banks, and USB-C car chargers, too.

What’s even more important is what USB-C brings with it and that would be Power Delivery charging. Power Delivery is a higher form of charging power that the USB-C standard is compatible with, and the best part of PD charging is that it’s rated from 18W to 100W of charging power. This opens up quite a few doors when it comes to charging different types of devices.

First though, one of the great benefits that Power Delivery brings is having the ability to fast charge your iPhone. From the iPhone X and the iPhone 8, up to the current iPhones and probably future ones, too, they are all Power Delivery compatible. Yes, we know that the iPhone still uses Apple’s very own Lightning port, but you can still fast-charge an iPhone when you use a Lightning to USB-C cable with an 18W Power Delivery port or higher.

Finally, there are Power Delivery compatible laptops. This is where USB-C Power Delivery shows it’s true capabilities, and by that, we mean how you’re able to charge a laptop with a PD charger and use that same charger to also charge your smartphone.

Now, most laptops require that you use a 30W PD charger or higher, but there are still some that can charge with an 18W one. Just remember, even if you’re using a 60W Power Delivery charger for charging your laptop, you can still use it to also charge your smartphone. It’s not “Too Powerful” as a phone like any other device has a protocol that accepts a certain amount of power and that’s how damage is avoided.

The use of PD also brings us to two innovations that it has brought to the market, and they are known as Dynamic charging, and Gallium Nitride Chips. 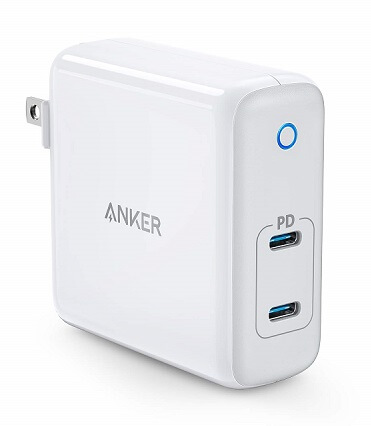 The first one, Dynamic charging, refers to how a charger has the ability to change its power output depending on how many devices are charging at the same time. The wall charger above is Anker’s PowerPort Atom PD 2 wall charger and it features dynamic charging. This means that when two PD ports are used at the same time, each of them will output a 30W charging speed.

If you’re charging a single device, however, the single Power Delivery port will be able to output a charging rate of 60W. This is great for two reasons, first reason being is that you’re able to charge two USB-C compatible laptops at the same time, and have them charge at quite a fast charging speed. The other reason is that you can choose to charge your laptop at a fast charging speed if you want to, simply by disconnecting the other device. 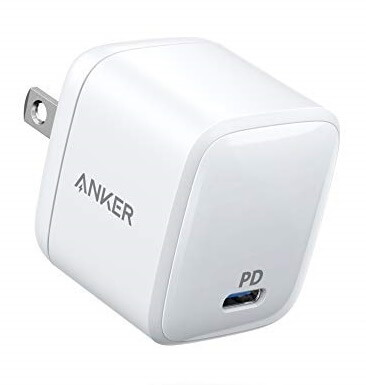 Then to close the deal with Power Delivery charging, the use of Gallium Nitride chips is cutting the down the form factor substantially. Most chargers use Silicone pieces inside them to carry out the charging process, but with the use of a Gallium Nitride chip, the smaller form factor can deliver just as much or more power while slimming down on the size of the charger itself.

Once again, another charger from Anker, the above is their PowerPort Atom PD 1. The charger has the dimensions of 1.4 x 1.3 inches, so it’s practically the size of a small cube. With this small form factor, the charger makes use of a single port, but that port can output 30W of charging power. Tons of power for a charger that can fit into your pocket and can charge a laptop, and your smartphone, too.