By Frank Feldman in Business Miscellaneous 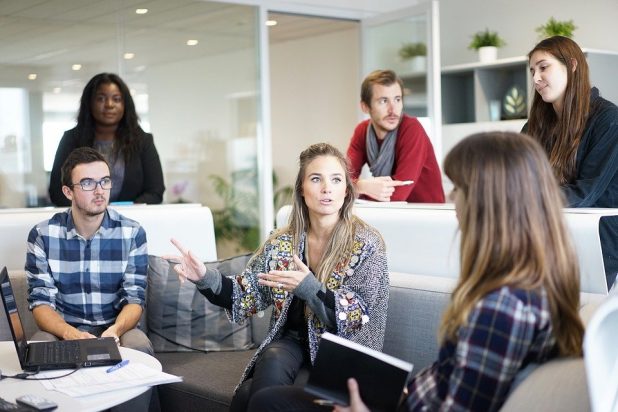 An employee can file a wrongful termination claim in a court of law if there has been an alleged breach of employment contract or violation of federal/state anti-discrimination laws or whistleblower laws. Wrongful termination claims can also be filed when an employee believes he or she was fired due to workplace sexual harassment or in retaliation to a complaint filed with the HR department or the state authorities.

Myth #1: I can be legally fired for having publicly admitted that I support a particular political party or candidate.

Four states, namely California, Louisiana, South Carolina, and Connecticut, have statutes that explicitly protect a worker’s right to freely express his or her political views. Therefore, if you work in any of these four states, you need not worry about having publicly admitted you voted for a particular candidate. You can attend a political rally or freely express your political views.

Other states also offer some legal protections to the American citizens living/working there for endorsing political candidates or participating in political events. However, you will need to speak with an experienced employment law attorney to know exactly whether you can sue your employer for wrongful termination.

Myth #2: My employer retaliated against me, but it cannot be established in the court of law.

Firing an employee for having reported an illegal practice or exposing wrongdoing, whether to the senior management or state authority, is illegal.

Federal and state laws in several states safeguard the interests of whistleblowers against retaliation.

A whistleblower is an employee in any organization who chooses to expose an activity or information that is deemed illegal or unethical in the workplace.

In the state of California, employees are protected against unlawful retaliation under the Fair Employment and Housing Act (FEHA).

It may be possible to establish the fact that you were fired in retaliation for exposing illegal activity in the workplace. An experienced employment law attorney can best advise you on how to proceed.

Myth #3: I cannot sue my employer if I resign from the job.

Many people believe once they’ve signed on the dotted line and tendered their resignations, they no longer have the right to sue their former employers for wrongful termination. It’s a common misconception.

There are occasions when employers or their supervisors make it too difficult for an employee to continue working. Creating a hostile work environment, transferring an employee to a new location that s/he cannot accept or having an employee work under the supervisor s/he complained against in the past, are some examples wherein the employer intentionally forces an employee to quit.

The truth is that if you’ve been coerced into submitting your resignation, you can sue the employer for wrongful termination.

Myth #4: I’ve been fired from the job and it seems unfair; it must be unlawful.

Yes, losing a job is frustrating. But any firing that ‘seems’ unfair is not always unlawful.

A company can be held accountable for ‘wrongful termination’ only if the firing is wrong in the legal sense of the word. Employees hired on an at-will basis can be fired at any point anytime, with or without a reason. In a state like California, for example, if you were hired on an at-will basis, your employer can fire you for any reason whatsoever.

There are, however, some exceptions.

For instance, in the state of Virginia, there are three primary exceptions to ‘at will’ employment:

Federal and state laws concerning workplace discrimination are still applicable in at-will states. Therefore, if you were fired for illegal reasons such as discrimination, you may still have a case.

Myth #5: Anti-discrimination laws are only for women and minorities.

Myth #6: My employer will make a settlement offer in no time.

You shouldn’t expect an employer to settle so easily unless the wrongful termination claim is backed by rock-solid evidence and based on irrefutable facts. Even if you have a strong case and hire the best employment law attorney in your city, you may still have to wait for sometime before the employer agrees to settle.

This is not legal information. No attorney-client privileges are substantiated from this article.

I am writing to introduce myself as Frank Feldman I am the PR Media Manager at Stephen Danz & Associates, one of the largest law firms committed solely to representing employees in their disputes with employers in California.

The Social and Political Implications of Ripple Cryptocurrency