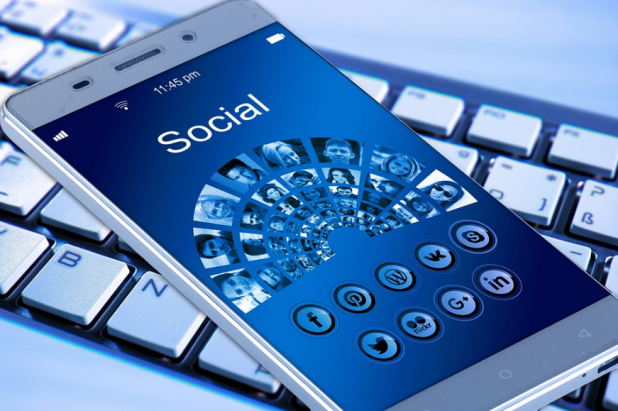 That’s what a lot of you feel when you look at brands and influencers who generate huge amounts of traffic and sales from social media.

Now a lot of these people are either: extremely talented, have a lot of money for ads, or have grinded their way to the top of the newsfeed.

And I have the utmost respect for the vast majority of them.

But saying that, there is another reason why these people/brands reached the summit of their game.

It’s because they got there first.

Speed is the most valuable asset to have in this game and striking fast and hard is ideally  the way to go about things.

Over the past year a lot of people have asked me what the next big social platform is going to be.

Here are 7 of my predictions in regards to the future of social media.

1. Pinterest isn’t used to its potential and is seriously underrated for driving traffic to blogs, this won’t last forever.

With many people struggling to drive web traffic from Facebook, Instagram and LinkedIn to their blog a great number are also beginning to give up.

Whilst I think people are seriously underating the importance of SEO, there are plenty of people I know who are KILLING IT with Pinterest. One of my ex-pupils generates 100,000 impressions a month using Pinterest for next to nothing.

I seriously wouldn’t underestimate this platform.

There are plenty of useful automation softwares for it – IFTTT, followlike, tailwind. Use these to auto-pin content and follow/unfollow people at scale.

If you’ve got a blog or ecommerce store, and a pretty decent sales funnel, then I seriously would look at driving traffic there from Pinterest.

2. As Facebook throttles more and more traffic to websites, SEO will make a big comeback.

Lots of people keep saying Facebook is killing the organic reach of pages. (I might be the first one to say this). It’s actually now been killed. Every post that is sent out, that doesn’t have any money behind it, and includes an external link, gets seen by one, maybe even two people. What’s the point?

SEO is free (okay you might need to pay for some optimization tools, training or backlinks) but at it’s core optimizing blog posts for SEO is free.

So I reckon that more people at the bottom will be less inclined to dive into social media content marketing and more people will go back to perfecting the SEO for their articles/blog posts.

3. Want to get the attention of high-ticket prospects through social media? Don’t waste your time, use physical and lumpy mail. This will always be effective in my eyes.

Do you ever get excited about a package arriving from Amazon? I know I do!

So if you can physically send something to someone, do it.

Physical mail has a 95%-100% pickup rate, especially if it’s something large like a box.

Tip: Call up the office of your prospect (influencer/CEO) and say to their assistant “we want to send x a free pair of shoes what is his/her size?” Then buy the high ticket prospect a nice pair of shoes but only send them one. Tell them in a nice letter “Now I’ve got my foot in the door, I’ll happily give you the other shoe if you agree to go for a coffee with me”

Very cheeky and everyone wants the other shoe.

4. Learn how to grow a Twitch account, this will conquer the earth in the next decade.

This platform will be huge in the coming year, not just for gamers but for everyday folk too.

So why not get there first for your niche and find some new customers.

Maybe I should set up the first live growth hacking channel before someone else does ….

5. People gave up on Facebook chatbots too quickly and no one has done them right yet. Everyone will have them eventually so make yours the best.

When Facebook chatbots came to town everyone went crazy for them, but I’ve seen less and less people rave about them.

For those of you who don’t know chatbots are essentially FB messenger broadcasts that pages can send to anyone who signs up to them. They’re super powerful with many still boasting a huge open rate.

Because people wanted to treat them like an email list they burnt out a lot of people who don’t want marketing messages in their Facebook messenger every other day.

Some of the best bots I’ve seen impart REAL value that people want in their inbox 3-5 times a month MAX.

What a lot of brands haven’t realised is that people have joined your bot it’s because they’ve trusted you.

They’ve allowed you into their inner circle that was previously reserved for their close friends and family. Don’t betray that by selling to them everyday.

(MsgHero and ManyChat are among our favourite chat bot providers)

6. Too many businesses are always looking for the next shiny object

A lot of startups and businesses come to me and say “You’re the guy that can get traffic out of thin air using social media? Help us!”

While there are a lot of ways to grow their traffic I always ask to see their current traffic, conversions and email list first.

There’s normally a lot of things that people aren’t already doing with their current customers.

So look at your current methods before embarking on completely new strategies.

It’s not a broadcast network. It’s a one-to-one network at huge scale.

The half life of a tweet is so short, and the feed moves so fast, that hardly anyone following over 200 people will see your one tweet a day.

So use it to either send out 24 tweets a day or just simply @ the people you want to contact instead!

There is software that will help you do this in an organic and human way (don’t go overboard), but this will allow you to scale and hit many people at once.

I reply to nearly everyone who tweets @ me and I’ve seen many a celebrity and influencer do the same.

So those are my predictions and observations about social media marketing in 2018.

Whilst this is the way I believe things will play out, it’s important to look back at times and check yourself before you decide to massively change course.

If it isn’t broken don’t fix it, this is also known as the “Learn, implement, review” system.

This ties into you should work out which social media platform is right for your business.

To be perfectly honest it’s actually quite simple.

To start with, you should already know the major places your ideal customer hangs out online and that should be your starting point (if you don’t, then you have bigger problems to address first!)

Most people try and go for a multi-channel approach and hit all bases. While I too recommend this, it’s very difficult to execute right from the start if you’ve got a small team or work on your own.

If you spread yourself too thin and don’t go in hard on one platform, you won’t get any results.

I suggest picking one main channel to focus on, and then a secondary channel a little later down the line.

You need to then look at the competition and work out if they are having success by using this platform, then work out how you can start to attract people to your brand instead.

Happy hunting everyone, I’ll see you on the other side.

Vin Clancy who just launched his book, Ace The Game: The 100 best growth hacks in the world right now” which is going to be the most important marketing and business book of 2018. Known for his cutting-edge growth hacks and genius business ideas he will provide actionable insight and honest feedback in honor of National Social Media Day.  Vin was on social welfare in the U.K., living off less than $100 a week when he learned how to use the internet to make things go viral. His growth hacking book raised over $100,000 in pre-orders, which he supported with a 100-date speaking tour in ten countries around the world. Vin launched two websites that received over 20 million visitors, two rounds of funding, and got into the TechStars accelerator. He has spoken in over 40 different cities in ten different countries and  has been featured in publications like Fortune, Buzzfeed, The Daily Telegraph, The New Statesman, Wired, Vice, Inc., and many more. Vin Clancy, internationally known Social Media Expert  just launched a book called Ace The Game which we can discuss too: http://acethegame.com.

How Often Should a Business Post on Social Media