Ever since the internet bubble burst in 1991, the technology and IT world have never been the same. Internet or the World Wide Web drove investments, innovation, and brought in a volume of opportunities for businesses who chose to take the risk and persevere.

Arguably cloud technology, a derivative or extension of the internet, is the next in line bubble to burst and generate a similar if not greater form of impact to the technology and IT world. With several applications and innovations already in-place, I would present the idea that the cloud bubble has burst and it’s shaping the enterprise of the future.

Now that I have your attention, let’s talk numbers. When we talk about the cloud, which giant names pop into your head? Here are three names you can probably recognize:

While growth rates fluctuate and are susceptible to numerous factors, there’s one takeaway from all the reports that forecast the growth of the cloud market. Big money is already rotating in the cloud market and numbers may not be constant but they are all positive.

For instance, AWS cloud is reported to have $7.7 billion worth of sales in the first quarter of 2019.

Microsoft and Google have made it quite tricky to actually calculate how much revenue they generate from their cloud ventures alone but it’s safe to say that it’s in the billions. Here are some sources that support this assumption:

These sales figures clearly point in one direction: Cloud is driving big money in the technology world and it’s only going to increase in value. Without a doubt, the cloud market is booming but is that enough to suggest that the cloud bubble has burst?

To be fair, that’s not the only reason why I would suggest “Yes, it has”. The aggressive and successive innovation in cloud is also one of the reasons why I say that the future is the cloud. This applies to not just businesses but is already influencing the end-user.

Before we indulge into the innovations in cloud technology, let’s take a closer look at the life of the average Joe.

The average Joe, if in Europe or the US, is more likely to possess a cell-phone and a laptop. Consequently, several technology usage reports suggest that the Average Joe generates around 3 to 5 hours-worth of data on a daily basis. Instead of keeping this volume of data on storage devices, that tend to increase in number with the passage of time, the Average Joe has already begun using services like Google Drive or One Drive, storing photos, videos, and other such memorabilia. It’s so common now, that we barely even notice it.

That’s the kind of innovation that has driven cloud technology and made it into an integral yet unnoticeable part of our daily lives. With little variation, the same principle holds true for enterprise class users.

If we are to deliberate on the complete list of what the cloud has to offer today, one article may not be enough. So for the purpose of keeping this to a simplified and concise overview, we’ll rely on hyperlinking and brief descriptions.

Cloud Storage: This is the most basic and mainstream application of the cloud used for raw storage. Examples include Google Drive, Microsoft One Drive, Dropbox, and more.

Cloud Backup & Disaster Recovery: An evolution of cloud storage purpose-built to secure business data from loss and to ensure a disruption-free business experience. Examples include: Veeam, Acronis, and more.

Server-less Computing: A cloud computing model where servers and infrastructure are offered as a service (IaaS – Infrastructure as a Service) and users can deploy applications, programs and other workloads on them using the internet or a VPN (Virtual Private Network). Examples include: AWS Lambda, Google Kubernetes, etc.

This may give the impression that innovation in the cloud market is in a tight knit circle of tech giants, which is not true. The cloud market has paved the way for startups, small business and other businesses with a specialty in servers or storage to integrate cloud technology and come up with their own solutions.

Many businesses have leveraged cloud technology and have added cloud-based solutions to their products making life-easier for IT staff, increasing efficiency for businesses and making revenue for them along the way.

For example, cloudberry is a company that offers online backup solutions for domestic users and enterprise clients. They leverage cloud technology in a way that complements data security and business continuity.

Similarly, the storage and backup disaster recovery giant, StoneFly, offers a number of solutions that include cloud gateway technology. With their take on gateway solutions, businesses can integrate cloud storage tiers with existing infrastructure and expand storage to the cloud, add backup copies in the cloud or configure disaster recovery or archiving at much less cost.

While I could ramble on my thoughts for an eternity, I believe I’ve made my point and we should summarize what we’ve established so far:

Conclusively, whether or not you agree with my thoughts on this, I believe you have to admit that the cloud has simply made life easier for people, businesses, and given us the tools necessary to focus on what’s more important to the business or to the individual.

That concludes my thoughts on the subject, what do you think? Feel free to comment in the section below and share this article your social media channels. 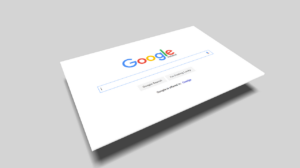 George Williams is a Senior Technical Content Marketer at StoneFly Inc. StoneFly is a pioneer in the creation, development and deployment of the iSCSI storage protocol. Beginning with its registration of the iSCSI.com Internet domain name in March 1996, StoneFly has made iSCSI into a standard which is now used by IT professionals around the world.