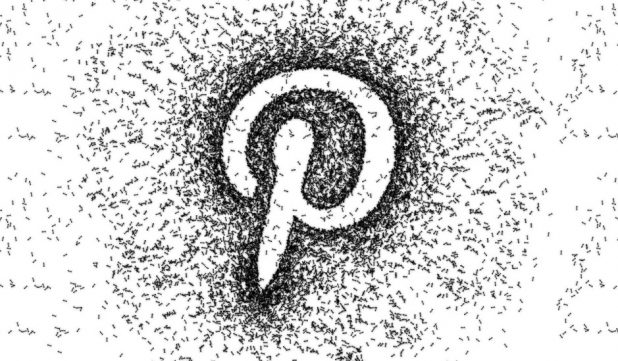 There was a time when we used to pin the important pictures and notes on the board or planner hung on the wall. Technology has changed everything. Now people keep their interests, notes and valuable memories pinned on the digital board called Pinterest.

The thing that makes Pinterest different from other social media platforms is its different style and ease of use. People who are tired of seeing endless linear timelines find Pinterest very interesting.

Pinterest was created back in 2010, and has continually gained popularity. About 250 million people use Pinterest every month and more people are joining day by day. With such a high number of users, Pinterest has become a very good source for marketers to reach out to more people.

People from all parts of the world are signing up for Pinterest. According to 2018 stats, the top 5 countries of Pinterest users were America, Brazil, India, Turkey, and Russia.

3. Versatility and variety of categories

Due to the versatility of the categories on Pinterest, there is something for everyone. Statistics have shown that many people are into the arts and crafts category. Arts and craft pins that have do-it-yourself, tutorials, etc on them have a 42% higher click rate as compared to other pins.

Marketing products by keeping these points in mind can be really effective.

4. A good platform for selling

Pinterest users often buy things that they saw in pins. There are pins with the items and their description that immediately attract a user’s attention. Also, people are likely to spend more while shopping on Pinterest as compared to other social media platforms.

According to recent statistics, about 83 percent of Pinterest users have purchased a product using Pinterest. Also, 93 percent have a plan for a future purchase through Pinterest. This makes Pinterest a good platform to market products.

Pinterest users have pinned over 75 billion pins so far and that number is still growing rapidly. This phenomenal growth has opened new doors for Pinterest marketers because they can reach more people with similar interests.

6. Even if pins are used as ads, they are not seen as ads

Ads on Pinterest are displayed in the form of pins. However, users see them in the form of artsy, smart pins and don’t treat them as ads. These pins also have a high potential of going viral and being repinned.

Advertisers can use this artsy way of advertising to their benefit and can market their products in a creative yet effective way. Sometimes pins are used to display the real-life use of the product. For example, if the pin is used for a clothes advertisement, then it can display the clothing worn by someone in the pins.

According to a social media traffic referral report by Shareaholic, Pinterest comes in as number two on the list of social media sites that drive traffic. Pinterest can be very helpful when it comes to driving traffic to your blog or website. Facebook secured the number one position on the list.

8. Pins have a very long lifespan

The post life life of almost all the social media platforms is very short and limited. For example, a tweet has a lifespan of fewer than 10 minutes. However, that’s not the case with pins. The average lifespan of a pin can be several months. Usually, the half-life of a pin is 3.5 months.

Also, unlike other social media platforms, the popularity of your pins does not only depend on the number of followers you have. People often use the search bar to search for pins, so there is a possibility that your pins can be repinned and be popular without having a large number of followers on your account.

About 47 percent of Americans who shop online have made a purchase through Pinterest.

10. Pinterest can be a great platform to promote business

Pinterest can promote purchases and is a great platform for marketers and advertisers. It delivers 41 percent of e-commerce traffic as compared to the other social media platforms. Most of the world’s top companies have a Pinterest account and 27 percent of global marketers are already using Pinterest for marketing their products.

Pinterest was created in January 2010 and has become very popular in a surprisingly short time. The credit for its popularity is mainly due to its style, unique demographics, and the relevance of its content and its use. People love the visuals which gives them the opportunity to follow any boards that interest them.

Manish Kumar is a social media marketing expert and versed blogger. He has been working in this field for some time now and knows how to balance creativity and technical side of content. He loves to write blogs endlessly and share his knowledge & experiences with others. Presently he is working for an SMO services company - Tangensys.

5 Steps to a Strong Personal Brand on Social Media