Why Every Developer Should Have a VPN? 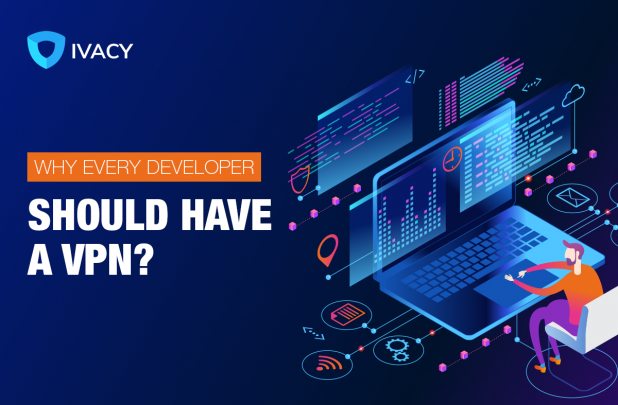 Web developers are one of the most crucial elements in the internet expansion equation these days. They handle loads of sensitive information on a daily basis and most of these professionals don’t comprehend the importance of a Windows VPN in the whole process. The truth of the matter is that in order to provide even a basic level of privacy and cybersecurity to clients, a VPN is the most effective tool for that purpose.

The basics of how VPNs work

A VPN is not just the most appropriate but also the simplest and most affordable solution for providing online privacy and plugging data breaches especially for web developers. These applications provide multiple layers of security to use data so that even if a hacker is able to spend the time and effort to force their way through the masking, they are not able to access data thanks to state-of-the-art encryption protocols.

Most developers understand how a VPN works and use it on a regular basis. The basic purpose of a VPN is to mask user IP addresses and make all data traffic anonymous by rerouting it through secure servers owned by the VPN service provider. For web developers who are handling information that is private and crucial, a VPN helps plug avenues like public IP addresses that can be used to spy on and steal information at times.

Why developers need a VPN?

Generally, VPNs are used by people who work outside of a proper office setting. Major organizations provide their employees with access to encrypted networks and adequately protected devices but not all developers have this privilege. This is where a VPN begins to shine through. Not only for freelance or remote work but for better all-round protection at home and even at the office, the use of a VPN is highly recommended.

In case of web developers, VPNs provide some specific benefits too. These include but are not limited to:

The importance of data nowadays is extensive and so is its value. Hackers can cause millions worth of damages by simply hacking a server and walking away with private user information. They have been able to breach servers of established platforms like Facebook, Yahoo and Capital One to name a few. A web developer who is working on a website for an emerging band or an eCommerce store performing an overhaul, holds substantial amounts of data that is in crude form and therefore very vulnerable.

A VPN is effective in preventing any data leaks that may occur due to persistent threats from hackers or cybercriminals. Even if an individual can go through the layer masking the IP address, they will never be able to access and view any of the data because it is protected by encryption protocols that can be a huge hassle to deal with.

Designs, frameworks and models that constitute a website are under threat not just from hackers but from competitors as well. There have been cases where other brands have tried to employ unethical practices to peek into what the other player is doing so that they can gain a competitive edge.

It is common practice for businesses to overhaul certain website pages before the launch of a new product or service. This is where proprietary information and intellectual property is under threat for developers who are not protected by a VPN.

Can a VPN be breached?

There is nothing that is unbreachable on the internet. With a VPN service it is important to know which ones are reliable and which ones are not. VPNs are hacked much less frequently than unprotected internet connections and most reported cases of these services failing has been due to improper configuration. When a VPN is setup properly and you have made sure that the service enforces a strict zero-logging policy, then there is a slim chance of anything going wrong. Once again, it is important to stress that you need to pick a VPN that is trustworthy.

For a web developer, there are a few features that are imperative. These include the ability to provide consistent and stable speeds, a wide range of servers for the developer to test websites in different regions and support for a wide range on devices for compatibility for example chrome vpn extension and Firefox vpn extension. 256-bit encryption and strict no logs policy are two crucial pillars of a good VPN for web developers.

Mickel Clark was born and raised in New Orleans, LA. He was a freelance writer before shifting permanently to tech blogging where he now works at a SaaS-based company. He loves blogging about Cyber Security, streaming hacks and everything related to Data Privacy. https://www.linkedin.com/in/mickel-clark-33581a159/

Why C#? –  7 Important Factors That Will Convince You

6 Essential Books Every Developer Should Read