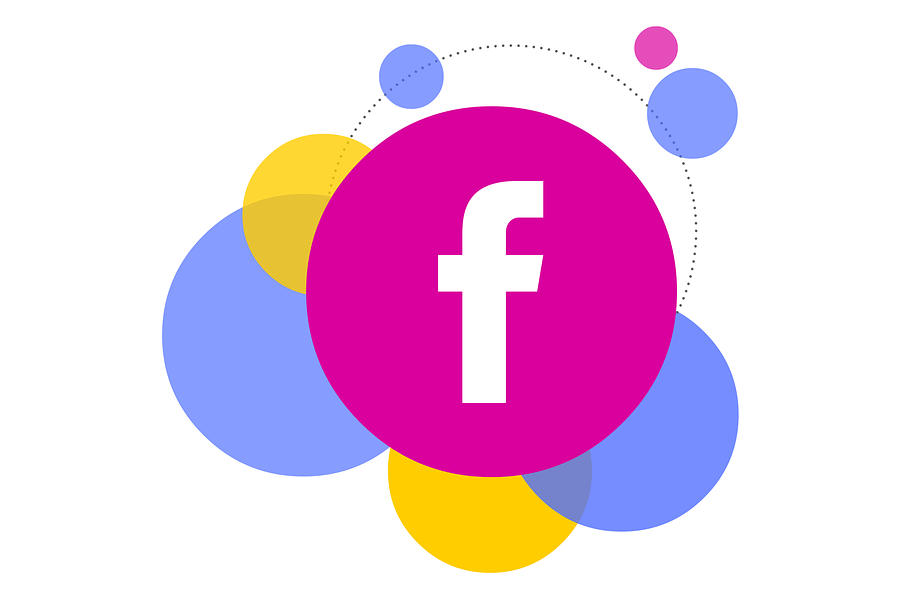 When creating Facebook ads, there’s so much to juggle, from the copy and call-to-action to the visuals and even the timing of when the ad will (and won’t) show. By first breaking apart each aspect of Facebook ad design, you can master an individual area and then add it to the whole for a complete – and perfected – social media ad. In this article, we’re going to cover how to design images for your Facebook ads.

Choosing an eye-catching image for your Facebook ad doesn’t mean it has to have a bright neon color or zebra stripes just to garner attention. Instead, it should look different from what a lot of other Facebook users and marketers are posting – and there are two simple ways to do that.

First, use contrasting colors in the image so that the focal point stands out from the rest of it. Second, choose an image that doesn’t have too much going on – if the image is cluttered, users won’t know what to focus on, so they’ll simply scroll right by.

Also, since you’ll be advertising on Facebook, stay away from a blue and white color scheme. Yes, it may have high-contrast, but it’s going to blend in with the platform, and users may even mistake it for an ad from Facebook itself.

Include a Person in Your Image

Even if you sell computer software or prefer illustrations to photos, it’s best to run Facebook image ads that feature real people, at least some of the time. Showing an actual person interacting with your brand in some way can drive more engagement. You want to show their face, too, not just part of their body. For example, don’t only show the model’s feet if you’re selling shoes. In general, people pay closer attention to ads that show a person’s face, and it’s likely you’ll see higher engagement with those ads.

If you’re not sure if this is the right option for your company, split-test your ads: Using the same exact copy in both ads, run one with an image that features a person and a second with an image that doesn’t. See which one performs best.

Don’t Be Afraid of Illustrations, Though

Now, if it’s impossible to get a human into your images without relying on stock photos, you can still get traction out of an illustrated ad. A lot of companies, particularly those in the tech field, rely on illustrations instead of photos – they can be a lot easier to produce, in some cases. Make sure your illustrations are branded (they use your colors and have your logo, for example) and that they’re clear to understand. You can use icons in your illustrations, which should be recognizable by most people in your target audience, to convey information without taking up space with text.

Show Your Product Being Used

If you’re promoting a product, some of your Facebook ad images should show that product in use. You want to showcase how easy it is for users to work with what you sell. Or, you can illustrate the benefits of the product. Either way, if you put the product in the hands of a human, it’ll be a much more compelling image because consumers will be able to picture themselves using it, too.

You can do something similar if you’re promoting a service instead of a product. For example, if you’re creating an ad for a beauty salon, you can show a person getting a haircut or reacting to her makeover. Or, you can have someone sitting in your restaurant, being served the main course.

Target Imagery to the Location

Hopefully, you’ll be running different Facebook ads for different geographical locations. Even if the copy stays relatively the same, your audience demographics and imagery can reflect the specific area where consumers live (or work, are traveling to, etc.). The images you use should be representative of those areas. For example, if your ad is targeted to Los Angeles residents, you wouldn’t show a snowy landscape. If you’re trying to reach people in New York City, you probably won’t want images of farmland.

First things first: Facebook ad images cannot be covered with too much text – you have to keep it to under 20% of the image, which doesn’t give you too much leeway. However, a few words that serve as a sort of sub-header can convey the most important information to the viewer, like the fact that there’s a sale going on or that a new product has just been released. Plus, if the viewer doesn’t bother to read the rest of the ad copy in the description section, they can still grasp the point of the ad – and maybe even take action.

Note that if you use too much text on a Facebook ad image, Facebook will likely reject the ad, meaning you won’t be allowed to run it at all – so it’s not worth the time and hassle of creating a text-heavy ad image knowing it’ll probably get a hard no.

Save and Reuse Templates

Once you’ve found a few different image types that work well with your Facebook ads, save templates that you can easily fill in as you need more images for ads. Image design tools will let you create templates with space for images, text, your logo and other graphics. Then, you can just drop in the elements for that image and download the final version. Bonus: using templates ensures that your ad images always look cohesive.

When it comes to creating Facebook ad images, you have to first grab the viewer’s attention. Then, you have to deliver your brand message in a way that will make your product or service simply irresistible. With interesting, eye-catching images that meet the criteria that today’s consumers expect, you’ll have a better shot at increasing your ad ROI

Brian Meert is the CEO of AdvertiseMint, a Hollywood based digital advertising agency that specializes in helping successful companies advertise on Facebook. Advertisemint has managed millions of dollars in digital ad spends in entertainment, fashion, finance, and software industries. Brian is also the author of the best selling, The Complete Guide to Facebook Advertising, and the innovative The Complete Guide to Digital Advertising Policies infographic. He is a 15-year digital advertising executive and a member of the Forbes Agency Council. Prior to founding Advertisemint, Brian built and sold Gofobo.com, an online ticketing system that revolutionized the entertainment industry and is now utilized by Warner Bros. and Disney.