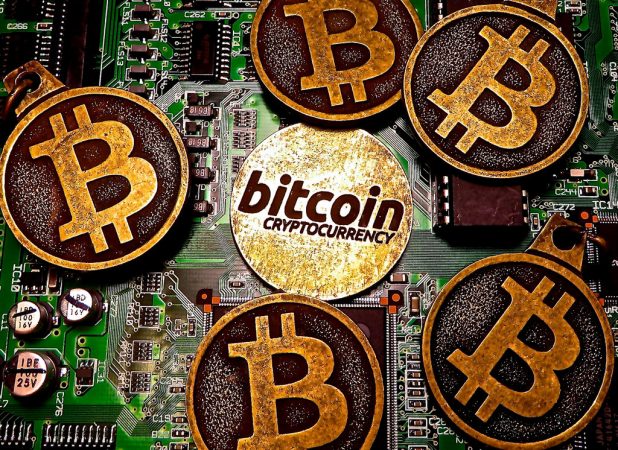 The only way available to people in the earlier times was to protect their portfolios was to invest in precious metals. However, in the last decade or so, the introduction of cryptocurrency in the market has changed the entire game.

There have been cases here where nations have printed loads of paper money to fight the financial crisis. But instead of supporting finance, overprinting of the currency has backfired, resulting in inflation.

Historically, it has been seen that Gold is one of the best metals to invest in to safeguard your lifelong savings. However, in recent years, Gold has got a companion in the form of Cryptocurrencies.

There is a good reason for the cryptocurrencies to be considered equivalent to the Gold. Cryptocurrencies are a decentralized digital currency that offers its user blockchain technology based on peer to peer encrypted transactions.

Due to the pandemic, the Dollar has already lost 5% of the total value. Some of the experts believe that this is just the starting of inflation. According to Goldman’s analyst, the price of the Dollar might drop by 20% by the end of 2021.

For the investors and the traders who are more accustomed to long extreme investment plans, it is hard to notice the small trends that drive the nation’s economy. Inflation is one of these small changes that, with time, leave a great impact.

Whereas, deflation is the opposite. In this case, the products’ price decreases, and the value of the fiat currency increases. Again, there can be several factors that might initiate this kind of scenario. However, the major factors affecting are the tightly controlled fiscal policies and industrial evolution.

The Global Pandemic and Inflation

The key point to note down is that inflation can occur only on fiat currencies. That is assets that are not based on tangible value.

In the 1970s, Gold bloomed because investors foresee its potential as a hedge against dollars’ rapid inflation. The same thing is happening now. When the value of dollars is on the decline, people are searching for something that can be used as a hedge against it. While looking for the solution, they come up with Bitcoin.

Today, alongside Gold, people are looking at Bitcoin in the same way.

Is Bitcoin A Deflationary Asset?

The reason why some forms of cryptocurrency act like a hedge against inflation is the same as Gold: They have a limited supply. This is something that is forgotten amid the crypto trade market. However, we must know that Bitcoin is limited in the market to make long-term investment plans.

When the concept of Bitcoin was coined, it was coined in such a way that it will eventually limit its number to somewhere around 21 million. That means there will be a time when the demand will be more, and the supply will be less. In this regard, you can compare Bitcoin with Gold.

We all know that Bitcoin Cryptocurrencies are decentralized in nature. That means there are no authorities that have control over it. Hence, when people invest their capital in cryptocurrencies, they are moving away from Dollars-based assets to avoid inflation.

However, do not take Bitcoin for granted. It is not a permanent solution to fight inflation. They are yet to reach the point where they can be considered as one. Well, it is true that there is a limited supply of bitcoin in the market, but we are nowhere near that limit. As things stand now, we still have millions of Bitcoins at our disposal.

Well, by now, you must have got an idea of why we are saying that Bitcoin might be a solution to fight inflation. However, we are still years away from making this into reality. Learn more here bitcoins-era.io

Blockchain Technology: What Does It Mean for Your Business?

10 Reasons Why Bitcoin Is Better Than Conventional Currency

Learn the Right Time to Use Data Analytics within the Organization