How Your Business Can Benefit from Drone Photography 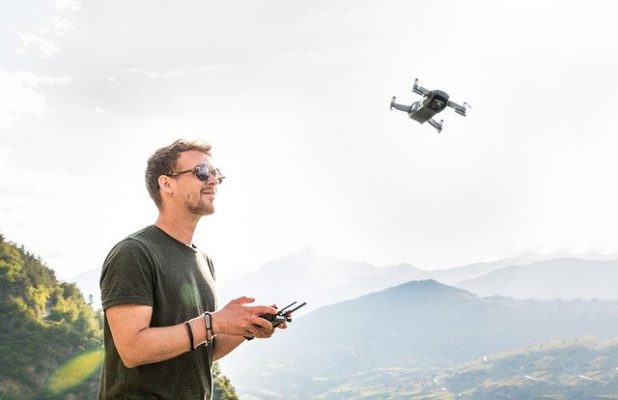 To say drones have come a long way is an understatement. The first military use of unmanned aerial vehicles (UAV) or drones was in 1849 when Austria launched a pilotless balloon bomb attack against Venice. However, it was in 1935 that the first modern drone was developed.

Since then, drones have been used for diverse purposes: safety, security, environmental applications, and photography.

While drones have been around for many decades, it was only in 2013 that they became a household name—after Amazon announced they would use drones for delivery. Also known as unmanned aerial vehicles, drones are slowly becoming a business staple.

From aerial drone photography to filmmaking and media coverage, there’s no denying drones can pull off a lot of incredible things. In 2016, the rules on commercial drone usage were released by the Federal Aviation Administration (FAA).

Drone Photography in a Nutshell

This capability can be attributed to their small size, flight abilities, and ability to tolerate harsh environments. Drone photography also makes a first-person view (FPV) possible. Drone photography is now considered one of the most powerful business and marketing tools, and with good reason.

How Businesses Can Benefit from Drone Photography

If a picture is worth a thousand words, an aerial drone photo is worth so much more! If anything, it’s just the tip of the iceberg. Below are other ways your business can benefit from drone photography.

Drones can help you achieve the perfect shot

Drones can fly into areas that are challenging for manned aircraft to get to. Case in point: drones can fly from just a few centimeters off the ground to as high as 300 feet in the air!

Drones can also take continuous shots and can pan and frame a chosen subject with ease. Not only that, they also give the operator perfect control. That means you can easily rotate and move from one spot to another to get that perfect shot.

Drones can help you save time

In most cases, operating a drone will only require a pilot and a camera operator. That means when you arrive at the site where you intend to take images, it will take you less than 10 minutes to get everything up and running!

Also, even if the weather is less than favorable, you often won’t have to move the session to another day just to get the shots you want. That’s something you can’t do when using manned aircraft.

Some people think drones are only used for news broadcasting and film production but nothing could be farther from the truth. Other industries such as farming, sports, real estate, architecture, construction, etc., also use drones one way or another.

Contractors also use drones to help them assess new projects, generate 3D maps, and give clients new insights. Maps can also be created from a series of photos that run through software, giving users the capacity to measure distances without needing to be on-site physically.

Drones can be used to bring architecture designs to life

Construction contractors and architectural firms also benefit from using drones. Like real estate professionals, architects use footage and images of a property to create 3D renderings of structures they want to build.

Drones also allow them to quickly create aerial shots they can place on architectural renderings. This enables them to create real-world project concepts. This capability is also crucial when creating designs that are accurate and understanding how they fit into the whole equation.

If you want to produce stunning photographs and video content, using drones is the way to go. Images and videos captured by drone cameras often go above and beyond cinematography norms.

In addition, the shots and angles you can get using drones were once impossible without spending an exorbitant amount of money. Fortunately, this innovative technology has the capacity to take any marketing or advertising effort to the next level without requiring you to spend much.

Industries That Use Drone Photography

Thanks to their unique and exciting benefits, the use of drones and drone photography has become a staple in the following industries:

If truth be told, drones have evolved from novelty gadgets to a business staple. Used correctly, they can propel any marketing and advertising effort to the next level. It’s safe to say that as drones and drone photography continue to evolve and advance, their popularity will also continue to take off—no pun intended.

Anthony Jamison is the head of the Outreach Department of Drone Services Phoenix, Arizona’s premier aerial photography and videography company. When not working, he still pursues his passion for paying it forward by doing charity works and helping communities.

How to Use Marketing Automation to Boost Your Revenue

How AI can Improve your Business